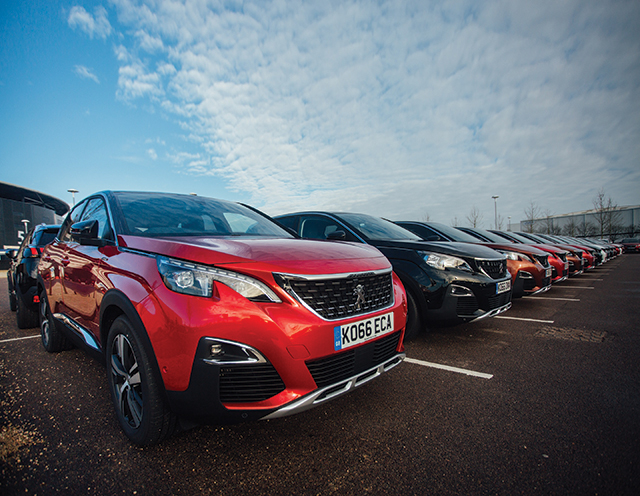 It is not unusual to see some big changes between an older and newer generation of the same model, but the all-new Peugeot 3008 SUV looks radically different to the outgoing one.
That exiting generation, introduced in 2008, was a frumpy, chubby SUV that did little to inspire buyers. The all-new Peugeot 3008 SUV, though, is a different animal, burying the clumsy image of the last car six feet under and achieving the European Car of the Year crown.

Sometimes it can be difficult to separate SUVs out on the road because most of them drive alike. Many are set up for comfort, and that’s what the all-new 3008 is tuned for. The small steering wheel and light handling gives a feeling of sprightliness, even if that’s not the case, as it’s a tall, heavy car. However, that’s not a complaint; the designers and engineers have done a good job covering the traditional flaws of an SUV’s dynamics.

There’s a wholesome medley of engines on offer, as with most Peugeot models: two petrols in the shape of a 131PS 1.2-litre unit and a 165PS 1.6-litre turbo. Then there are a couple of turbo diesel engines of 1.6-litre and 2.0-litre capacity. What suits you best is largely going to depend on what sort of driving you do. Short urban trips suit the 1.2-litre petrol more, whereas longer journeys will fit the potential 70mpg obtainable from the 1.6-litre diesel.

I drove the 1.2 petrol in GT Line spec with 131PS, fitted with a manual gearbox. Behind the wheel, things feel dynamic, and the weighting of the steering is spot on. The car grips bitumen like a cat’s claws cling to flesh, and mid-range pulling power is good, so you can pick up the pace easily. The six-speed transmission is slick shifting, and the car delivers a hushed ride. Tyre roar and wind whistle is kept out of the cabin, too. All this just adds to the 3008’s sense of refinement.

The Peugeot offers a composed ride with seats that provide the sort of comfort and support required for long distance motoring. Furthermore, the car’s suspension sops up potholes without complaining. Significantly, the all-new 3008 doesn’t tip into bends. Indeed, body roll is very well contained. This surprised me, as smaller SUVs aren’t always the type of vehicle to stay so unflustered on twisty tarmac.

The new 3008 comes in four levels of trim: Active, Allure, GT Line and GT. Factory fitted safety kit includes automatic emergency braking and rear parking sensors. The GT Line hasn’t got any extra safety equipment – just sportier looks. But it has all the safety kit you really need, and as with all 3008s, it has a top five-star Euro NCAP safety score.

A car can look great and have all the equipment in the world crammed into it – but it’s no good if it isn’t economical and it doesn’t drive decently. There are no concerns to be had in this area with the 3008 SUV. The 1.2 GT Line’s average fuel consumption of 55.4mpg and 117g/km of CO2 means low running costs, combined with effective performance. 0-62mph is achieved in 10.8 seconds and the Pug’s maximum speed is 117mph.

The all-new Peugeot 3008 SUV’s entry price is £21,795, but expect to fork out £25,655 for the petrol-powered GT Line I drove. A basic Nissan Qashqai costs £18,545, and the new SEAT Ateca is priced from £17,990. But I think the 3008’s extra cost is justified because it feels more upmarket inside than these two rivals. Cabin materials include brushed chrome, large areas of carbon decoration and textiles. They even cover some areas less commonly found in SUVs, such as the dashboard inlay. It’s all very contemporary and attractive. The Peugeot is just as stylish outside, and it drives well, while delivering a comfortable ride for all.