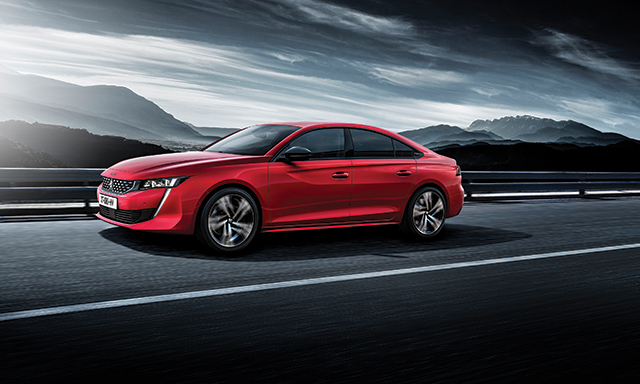 All winners of the carwow ‘Car of the Year’ Awards 2018 were announced in a ceremony held in The Shard, central London

The all-new 508 was recognised for its exceptional design, making a family car look sleek and stylish
The all-new Peugeot 508 has been presented with the Style Award at the carwow ‘Car of the Year’ Awards 2018.

The carwow Awards are designed to help motorists who shop through the carwow website understand the best models on the market that year. With over four million online users and over 22 million video views per month on the carwow YouTube channel, carwow is an expert in the automotive market and wants to help consumers find the best cars out there.

The carwow Style Award recognises models which stand out above all others for their beauty or convention-defying style. The all-new Peugeot 508 fought
off competition from some of the automotive market’s most stylish models, the Aston Martin Vantage and Range Rover Velar.

The all-new Peugeot 508 opened for orders in summer 2018, bringing a new sense of style to the D-segment, along with class leading levels of advanced driver assistance systems, including a new night vision system, a first for its segment.

The interior design of the all-new Peugeot 508 is equipped with the Peugeot i-Cockpit®, including a compact, full grain leather trimmed steering wheel, a large 10-inch capacitive touchscreen angled towards the driver and a 12.3-inch head-up digital instrument panel.
carwow praised the all-new 508 for providing a refreshing take on family cars, as it commented: “Making a normal mainstream family car look this achingly beautiful both inside and out isn’t easy. But Peugeot has done it with the 508. It seems the French firm’s design team can do no wrong right now.”