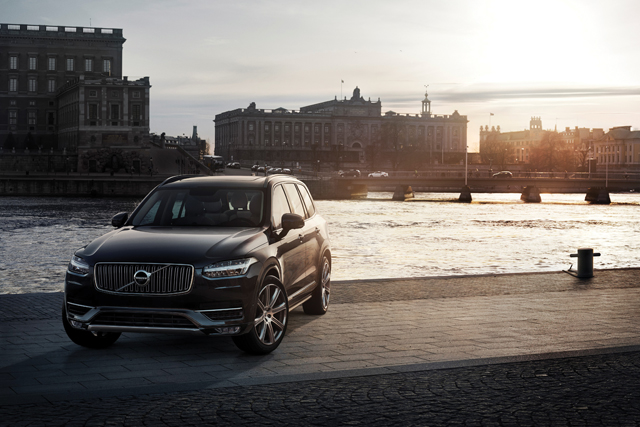 Amongst the first orders to be placed are the lucky 1,927 owners of the First Edition, fifty-three of them being from the UK. Customers who have already placed orders at dealers will be among the first owners to have their vehicle delivered.
Having been able to preview the all-new XC90 to a number of customers, and from feedback already received, a number of additions have been made available to order. Principal changes have been the introduction into the UK of the 320hp T6 petrol engine and the addition in the availability of the auxiliary heater on the D5. The auxiliary heater, standard on the T8 Twin Engine, allows the driver to pre-condition the vehicle cabin to a set temperature so that it is ready for when the car is required.

DESIGN
The XC90 will be built on Volvo’s brand new SPA chassis. Designed under the leadership of Thomas Ingenlath, the new vehicle shows the new design direction of Volvo Cars, together with its new interior and centrepiece, the tablet-style centre touchscreen.

ENGINES
The XC90 is the first car to be powered solely by Volvo’s new Drive-E engine range, available to order from launch with either an all-wheel-drive (AWD) D5 225hp diesel, an AWD T6 320hp petrol or an AWD T8 Twin Engine petrol plug-in hybrid with 400hp.

FIRST EDITION
The all-new Volvo XC90 First Edition was sold exclusively online and was sold out within forty-seven hours – at peak time seven cars were sold every minute. Only 1,927 cars were made available, a celebration of the year that Volvo was founded, all in one specification level and in the same exterior colour and interior upholstery.