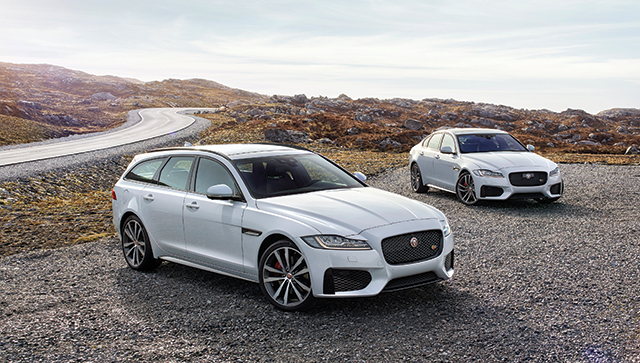 Jaguar’s dynamic new estate has been revealed by world tennis number one Andy Murray.
The two-time Wimbledon champion pulled the covers off the new Jaguar XF Sportbrake before placing his precious Wimbledon trophy inside and sending it on a UK-wide tour to inspire the next generation of players.

Jaguar is the Official Car Partner of The Wimbledon Championships and to celebrate the relationship the premium estate was revealed on a replica Centre Court. The moment was streamed on Facebook Live and can be viewed here: https://www.facebook.com/Jaguar/

With sports car-derived handling, a practical 565-litre load space and advanced convenience and safety features, the XF Sportbrake has the best of Jaguar design and technology. It also delivers impressive aerodynamic efficiency of Cd 0.29.