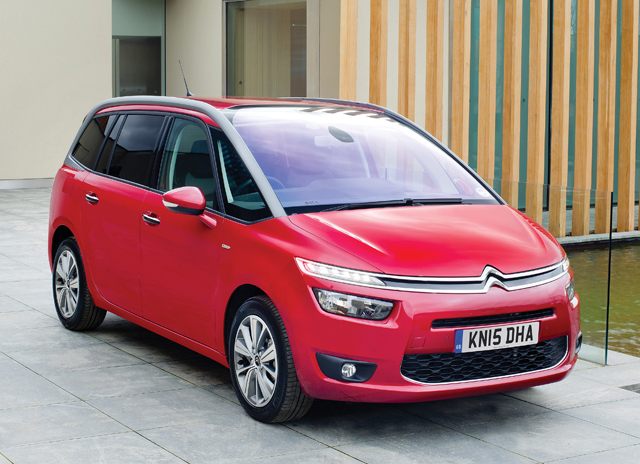 Just 12 months on from its UK launch, the Citroën Grand C4 Picasso has been crowned ‘MPV of the Year’ for the second year in succession at the prestigious What Car? Car of the Year Awards 2015.
The What Car? Awards judging panel named the Grand C4 Picasso 1.6 e-HDi 115 Exclusive its “favourite MPV” at the Grosvenor House Hotel in London. The judges praised the Grand C4 Picasso for offering “one of the most efficient ways of transporting seven” and providing all of the “essentials for families”, whilst representing an “unrivalled” combination of space, equipment and affordable pricing.

Jim Holder, editor of What Car?, said: “The Grand C4 Picasso does a rare thing, which is offer sixth and seventh seats that can accommodate two adults, and that’s before you consider the five in front. Everyone onboard is sure to benefit from an impressive amount of space. The Grand C4 Picasso isn’t just big, though, it’s clever. Three individually sliding and reclining middle-row seats mean you’ll have a good chance of fitting three child seats. In addition, the rearmost seats can be folded out of the way to leave a massive expanse for a trip to the tip.

“Families will also love the way the Citroën costs them less than rivals. This 1.6-litre diesel performed strongly in our True MPG tests, despite being powerful enough to haul around a full load of people and luggage. Exclusive trim brings important safety kit as well as climate control, rear parking sensors, a reversing camera and sat-nav. It’s one of the most efficient ways of transporting seven, as well as being practical enough to meet a huge range of needs, cementing its position as our favourite MPV.”

Bekir Hassan, UK brand director for Citroën and DS, said: “The Grand C4 Picasso continues to lead the way in terms of class-beating interior space, comfort and record levels of efficiency in the MPV segment. We’re brimming with pride at the news that the Grand C4 Picasso has once again been named ‘Best MPV’ in the What Car? Car of the Year Awards.”