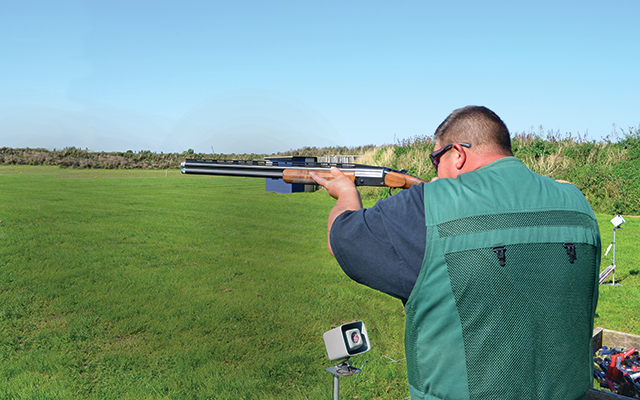 King’s Lynn man David Gooding took the high gun prize of a trophy and £125 in the 50 bird sporting re-entry, after shooting 49 out of 50 clays.

Ian Hallwood and Karl Hagan, tied for second place, after both hitting 48.

“It was an absolutely fantastic day; we were delighted so many people turned out to support us and even more thrilled to raise so much money,” Maureen and Kate said after the event.

“Cancer is sadly something that touches so many lives; we’ve lost family members to this horrible disease, so decided we would like to raise funds to give something back to an important charity.

“Everyone has been incredibly generous donating raffle prizes. We’d like to say a special thank you to Natasha and her team of referees and staff at the Priory Clay Target Centre for their help and support, Chandlers Farm Equipment for sponsoring our second prize of 250 cartridges and Moulton Bulb Company for donating our top raffle prize of £100 as well as all the other businesses and individuals who made donations.”

This is the third time a charity shoot in memory of Mr Barney has been held, with previous events raising funds for the Lincolnshire & Nottinghamshire Air Ambulance and the Guide Dogs Appeal.

Mr Barney who sadly died in 2010 was a keen shooter himself, enjoying both clay and rough shooting, and his family thought an event in his name would be a fitting memorial.