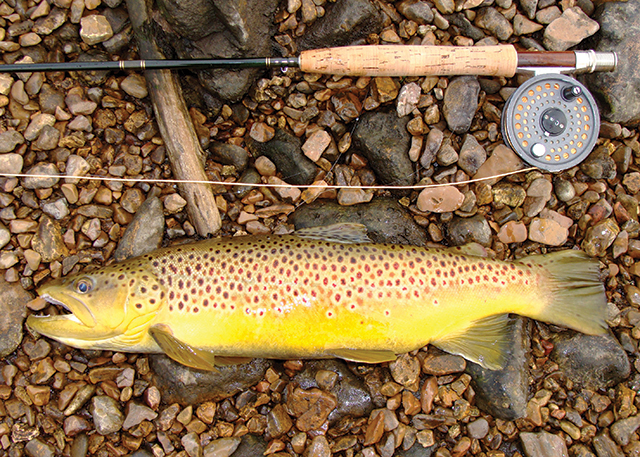 With the length of the days now exceeding the nights we can hopefully look forward to some long summer evenings. For so many of us that enjoy country pursuits, whether that be with rod or gun, the opportunities are endless.
I’m not a fisherman myself but I have friends that ‘thrash the water’ as they say and I have on occasion spent a very enjoyable few hours in their company as they have cast a fly for a wary wild brown trout on a chalk stream in the Wolds, or for rainbows from stocked waters.

Those of you who know me will know that my passion is shooting with a shotgun in all its forms, and it is a passion that is not diminishing with the passing of the years, and the long summer days gives me ample opportunities to pursue them. In recent weeks, my pal George and I have spent quite a few days chasing woodpigeons, as the advent of spring crops being drilled has kept us fairly occupied with more than a few red letter days in the bag. As a game shooter and a shoot organiser I am already busy with planning shoot days for the coming season. Following on from last year, many of my friends and customers have rebooked and my diary is filling up nicely. For those of you who take a few driven days in Lincolnshire but don’t particularly want to spend a fortune, you might like to have a look at affordabledays.co.uk.

There was a time not so many years ago when the summer months for shooters meant clay shooting at garden fetes and village galas. These were generally held as fundraisers for everything from the village hall to the church roof and nearly every village in the county would hold an event at some point. This allowed enthusiasts, and I was one, to indulge themselves every weekend on both Saturdays and Sundays as we chased from one village shoot to another; often fitting in three or four shoots every weekend and on occasion some evenings in the week.

The competitions were usually a mix of ten or fifteen DTL and a sporting event of perhaps thirty clays. These competitions were well supported and had a very regular following of shooters that met up many times to vie for the modest prizes that were on offer. Those days are but a memory, as health and safety combined with the need to be covered by insurance sounded the death knell for these annual social events. I look back on so many of these events and the people that ran and attended them with great affection. Many are sadly no longer with us but are no less remembered for that.

So where do we go now to enjoy breaking a few clays on a warm summer’s afternoon. Well, fortunately we have a number of clubs that we can visit within the county. Not all are big commercial grounds, many are little more than a few friends that get together on a Sunday morning. One that springs to mind is Ben Jacobs at Nettleton Lodge near Caistor. I first visited this ground in the early ’70s when it was owned and run by Ben’s uncle, also called Ben. The ground has changed little over the years and the warmth of the welcome is just as it ever was. Ben is genial and friendly and is always ready to welcome a newcomer to shooting, just as his uncle was all those years ago.

A few regular small competitions are held here every year; one is for a fundraising group called Lincoln Level Shots (lincolnlevelshots.co.uk). The purpose of this group is to facilitate clay shooting opportunities for its members by way of competitions, as well as social and practice shooting, and to raise money for various charities through both shooting and social events. New members are always welcome, regardless of shooting experience or skill. Since its formation, this group has raised many thousands of pounds for its chosen charities, one notably being the Lincolnshire Air Ambulance.

Another small ground that is making a comeback in the county is Gorse Lodge at Brandon near Stubton. Now under new ownership and to be called Brandon Wood Clay Shooting, the ground is being refurbished and is on course to open mid-July. It will cater for open practice and corporate entertainment as well as tuition. I am currently working very closely with the new owner and will be involved in the day to day management of the ground, as well as being available to give shooting lessons and assisting in corporate events. We look forward to welcoming all visitors in due course.