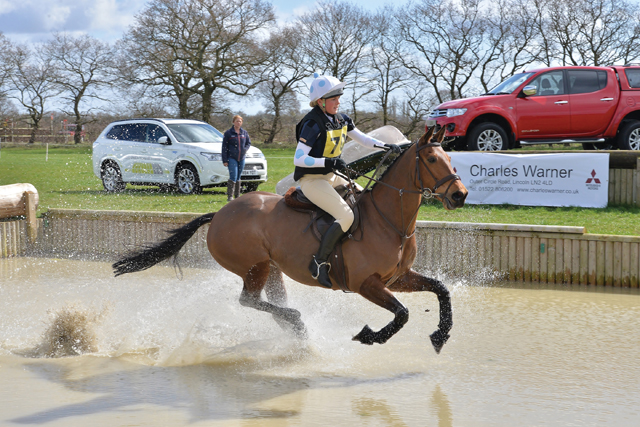 Dealership proves to be the ideal stablemate for horse trials

A Mitsubishi dealership in Lincoln saddled up for a popular horse trials event – and declared the new partnership to be a winner.
Charles Warner Mitsubishi gave its support to the Norton Disney Horse Trials, which was held at White Hall Farm in the village. The event attracted more than 1,000 spectators, who not only enjoyed equine excellence in the various classes and sections but were also able to see for themselves the excellence of Mitsubishi 4x4s and how well suited they are to the demands of the equestrian world.

The dealership had an L200 Challenger, Shogun and Outlander PHEV on display throughout the two days of the horse trials, with the water jump becoming known as the Charles Warner Water Jump. In addition, the dealership sponsored one of the novice section rounds and ensured that its Outer Circle Road showroom was namechecked as often as possible over the public address system.

It was the first time the dealership had been involved with the biannual event, which is now in its sixth year, but it won’t be the last. Sales manager, Nigel Burley said: “Mitsubishi vehicles are ideal for people with horseboxes, so this was the ideal event for us to have a vehicle display at.

“It was very much an awareness exercise for us, linking our name with the equine world. We’d been advised to go and do it and we’re very glad that we did. We’ll certainly be back there in future.”

The L200 is the ultimate pick-up, with its fantastic all-terrain driving capability matched with superb power and performance, while the legendary off-roader that is the Shogun is the iconic 4×4 that’s ready to tackle anything, and the Outlander PHEV – the world’s first plug-in hybrid SUV – is now the best-selling vehicle of its type in the UK. The Outlander PHEV is able to travel 32½ miles in electric mode alone, emits just 44g of CO2 per kilometre, and has an official combined fuel consumption figure of 148mpg.