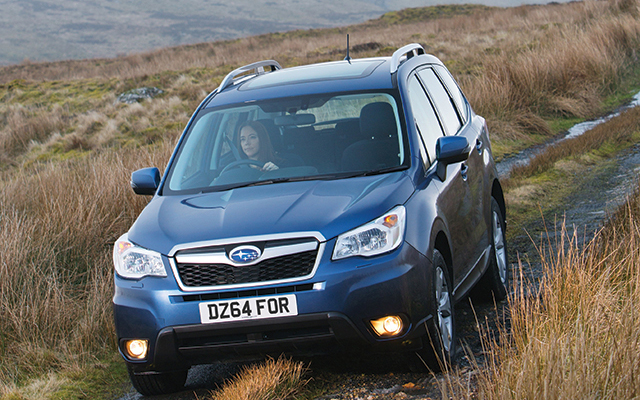 The Subaru Forester has been awarded Bronze in the Off Road/SUV category in the influential 2016 Driver Power survey, published recently in Auto Express. The Forester was also rated as the eighth best vehicle to own among all cars in the study.
Brian Walters, director, Research and Insights at Driver Power commented: “In 2016, the Subaru Forester Mk4 performed brilliantly, improving in six of the ten Driver Power judging categories. Owners of the Forester rate it highly for its reliability, practicality, ease of driving, and build quality.”

The Driver Power study is voted for exclusively by car owners in the UK, with 49,702 respondents taking part. All cars are rated across ten judging categories, with drivers rating 183 models across thirty-two vehicle manufacturers.

The Forester is the Japanese manufacturer’s best-selling model in the UK, thanks to its versatile character, supreme capability on- and off-road, build quality, and comfort. Every Forester is equipped with Subaru’s famed Symmetrical All-Wheel Drive system and a range of highly efficient ‘Boxer’ four-cylinder engines, and is sold in the UK with a five-year, 100,000-mile warranty as standard.

For 2016, the Forester has received a range of updates, including an upgraded interior, revised exterior styling, improved refinement, ride and handling, and new technologies to improve comfort and convenience.

The upgraded 2016 Subaru Forester is now on sale from Subaru’s nationwide dealer network, priced from £25,495 (on the road). Every model is fitted with Subaru’s permanent Symmetrical All-Wheel-Drive system, affording surefootedness in all conditions; and the latest-generation four-cylinder ‘Boxer’ engines, contributing to the car’s low centre of gravity, beneficial to balance, road holding and handling.