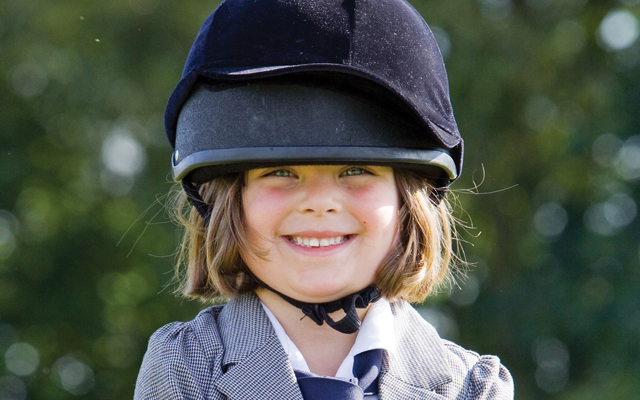 Welcome to the world of horses and ponies once again and what a busy month April is going to be
NISSAN CONNECTS WITH BRITISH HORSE SOCIETY
Nissan and the BHS join together to promote safe and intelligent horse towing.

T he BHS is the UK’s largest equestrian charity with over 100,000 supporters. It has now teamed up with Nissan to promote safe and intelligent horse towing.

Working together with Nissan will offer BHS supporters the opportunity to learn more about how to best look after horses during transportation. There will be a range of activities and events.

The new relationship will also provide the equestrian charity’s supporters with offers and savings of up to fifteen per cent across Nissan’s X-Trail, Pathfinder and Navara vehicle ranges. Each vehicle offers BHS supporters a powerful and frugal diesel engine and excellent towing capacities with impressive on-road and off-road capabilities to match.

Together with British Riding Clubs, the BHS has more than 100,000 supporters with many having a genuine need for a reliable 4×4 vehicle that can provide a safe horsebox towing experience.

BROCKLESBY POINT-TO-POINT RACES REVIEW
The annual Brocklesby Point-to-Point races took place at a rain soaked and muddy Brocklesby Park recently. The official going was quickly changed from ‘good to soft, soft in places’ to ‘soft’ as the incessant rain affected the ground and tractors were needed to tow vehicles off the course.

Many racegoers braved the adverse conditions to see former top National Hunt star, Punchestowns’s score in the Singleton Birch Men’s Open race. Returning to the racecourse after a two-year absence, Punchestowns put on a brilliant display of jumping in the hands of Johnny Bailey and showed that his old enthusiasm for racing remains. Local rider, Tom Strawson and Reach For The Top gave Punchestowns the most to do, running gallantly in defeat. After the race it was Alistair Forman from Singleton Birch who presented the trophy to a delighted Judy Wilson, owner of Punchestowns and Tom Strawson collected the Fighting Star Cup for being the first Brocklesby horse past the post.

Strawson came much closer to winning in the opening DDM Agriculture Brocklesby Members’ race when Geoff Hunter’s Pollyanna Steele was beaten by just a short head by Sam Klug and Awesome Arry. Pollyanna Steele was bought by Geoff Hunter at Doncaster Sales last August with this race in mind. She did, however, survive an eleventh-hour mishap when on Tuesday she got loose in the fog and was missing for three hours only to turn up grazing on a lawn in Kirmington where she is trained. Clare Doughty, who has shared the work with Hunter, won the best turned out prize and Hunter was awarded the Lilian Pickering achievement award for having helped with Point-to-Point meetings for fifty years. The winner, Awsome Arry was bought by Sam Klug as a yearling, and is trained by her at Ruckland, near Louth. Harry Burt from Riby finished third on Murphy’s Promise, completing the course on his second attempt at race riding. “I’ve had a great ride round and it was the first time Murphy’s Promise has run, so I wanted to look after him a bit. We will run him again but get someone else to ride him,” he said after the race. Harry Burt is the nephew of meeting secretary, Jenny.

At the end of the meeting Johnny Bailey was presented with the Lilian Pickering Memorial Perpetual Challenge Trophy for being the leading rider at the two Point-to-Points at Brocklesby Park this year.

Let’s move those hips!
Consider if the shock absorbers in your car weren’t working effectively. They play a vital part in keeping your wheels on the ground so that you are able to slow down while driving; without them, you may lose control of your car.

So comparing this to your body while you are riding it is essential that you are able to absorb the movement of your horse or pony in a similar way to have control. We are looking for the natural curves of the spine to be present and for our body to be stacked in the correct way. Having already looked at the seat bones of the rider, the next part that must move with the horse are the hips. If the hips are fixed and lacking the freedom to move with the horse, the end result is that the rider’s lower back takes the strain and the position and freedom of the rider’s legs will be compromised significantly. So as the horse moves and sends the movement up to the rider, tight and restricted hips will result in an uncomfortable ride for you and an equally uncomfortable ride for your horse. This, in turn, will affect the rest of the rider’s body and their effectiveness while on the horse. How often have you ridden your horse and practised sitting trot and thought that you must sit still? Yes, you need to be stable in the saddle as you sit to the trot but your hips must swing with your horse’s. This is a key part of your shock absorbing system for a harmonious ride.

Try this exercise
If you have access to a gym ball, practice sitting on it with your seat bones feeling equal, as discussed in the last issue, and try moving the ball just a small way to the left, back to the centre and then to the right. This will help you to assess how much freedom you have in your hips.

If you want know more, try Equipilates, it can offer simple and effective techniques to increase the freedom of the hips and the rest of the rider’s body. www.pilatesboston.co.uk