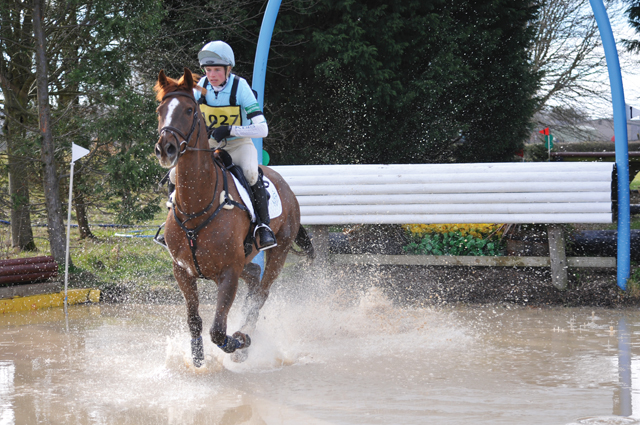 The best platform for equestrian events, news and services.
LINCOLNSHIRE HORSE TRIALS
The Lincolnshire Horse Trials was blessed with glorious, sunny weather for the competitors and spectators to enjoy the early season equine event, particularly the exciting cross-country course designed by Charles Hood.

The weekend attracted some of the top names in British Eventing, including William Fox-Pitt, Mark Todd, Izzy Taylor as well as talented local riders.

Lincolnshire lass Emily Parker, riding eight-year-old Diamond Sundance, kept to her winning form following her Open Novice win at Oasby the previous weekend, by taking 1st place in the Intermediate Section Y, which rounded off a spectacular weekend at the Lincolnshire Showground.

Partnering eight-year-old gelding Sheepgate Bommel, owned by her father Bruce Grant, Sarah was delighted with the performances that gave her three Regional titles and a 2nd place whilst competing at the North West Regional Championships.

Sarah, a mother of three, runs Sheepgate Equestrian, the Lincolnshire competition centre, as well as riding and training horses, and teaching Pilates and Equipilates™ in her spare time. Sarah has been a follower of Pilates for the last six years and her daily Pilates regime has without a doubt contributed to this outstanding success. Having recently completed a Biomechanics Diploma, Sarah has a real passion for how the rider’s body is influencing their horse and specialises in offering Equipilates™ and dressage training at Sheepgate Equestrian.

Sarah will now compete in the National Championships in April. Follow her on Facebook to see behind the scenes.

NATIONAL SHIRE HORSE EVENT COMES TO LINCOLNSHIRE!
The Shire Horse Society is encouraging Lincolnshire locals to support its National Show at Arena UK in Allington, near Grantham on 22nd–23rd March. This is the first year the show will take place at this purpose-built equestrian centre.

See the results of this event in May’s issue of Lincolnshire Life.

Packed full of information, ‘Go Pointing’ allows regular and occasional racegoers alike to keep up to speed with the sport. What used to be simply a list of fixtures for the week ahead, has now been transformed into a full-colour weekly digest containing the latest news, comprehensive fixture information, jockey interviews, horse focuses and many other features.

One of the most engaging features is ‘Been Pointing’, produced in association with AGA, which provides a photographic account of one or two of the previous week’s fixtures.

Readers are also encouraged to tag their tweets with the hashtag #GoPointing, with a selection of the ‘top tweets’ being published each week.

Published free of charge, you can receive your copy, delivered to your inbox each Tuesday throughout the season, by signing up at pointtopoint.co.uk.