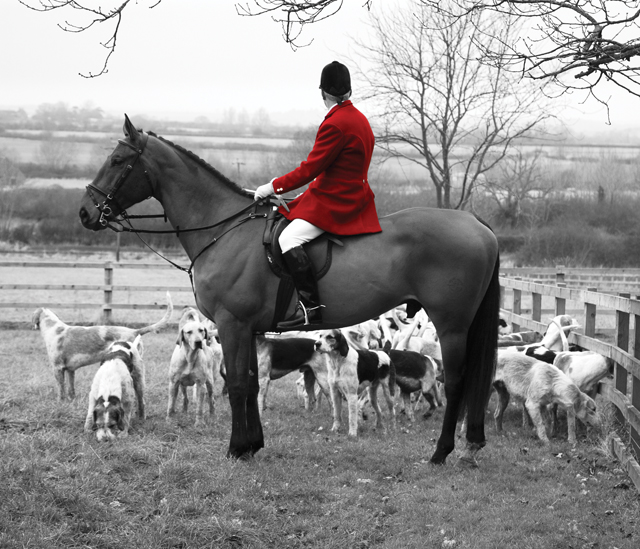 Welcome to another month of equestrian news and there is just a hint of what is to come as the evenings are starting to get a little lighter. Surely that must mean that spring is on the way. I know it doesn’t feel like it but let’s be optimistic and hope that the horses will soon be turned out and we can all bask in the glory of sunny days. No? Oh well, back to reality, but there is no doubt that this county keeps its equestrian life going all year round with plenty to do and talk about. Enjoy.
WELL DESERVED AWARD
It is nice to hear that a horse riding instructor, who has spent a quarter of a century helping others, was recognised for her work a few weeks ago.

Shirley Kay of Brigsley was presented with a hamper by the Artie White Foundation for her work and dedication. She said: “I have been teaching disabled people to ride for the last twenty-five years. We are part of the Riding For The Disabled Association, based at Weelsby Park Riding School.

“I take seven lessons a week for people of all ages and all disabilities. It feels fantastic to have been nominated for this campaign.”

Shirley showed her dedication by then adding: “I think I might raffle the hamper off to make money for the riding group, so we can all benefit. We are trying to raise money for a mechanical horse to help with lessons. They cost about £20,000 and we have already raised £12,000 towards it. I love helping people learn to ride. We have some people who may not be with us for long but doing this gives them something special to do with the time they have left.”

Shirley has a reputation for working hard behind the scenes as well giving instruction and spends a lot of time giving talks on the RDA group’s activities. She is a typical example of so many of the people involved nationally and locally in Riding for The Disabled. They all deserve an award.

SCHOOL’S SUCCESS
John Spendluffe Technology College in Alford is looking forward to more good news in 2013 for its equestrian team which capped a good 2012 with success at a schools’ show jumping competition in East Yorkshire at the end of the year.

Laura Sanderson, Emily Sanderson and Jemma Smith competed in the National Schools Equestrian Association competition at Bishop Burton Agricultural College in both the 90cm and 1m classes, against riders from schools across Lincolnshire, Yorkshire and Lancashire.

In a strong field of forty-two competitors for the 90cm class, Emily and Laura jumped fast clear rounds, with Emily being awarded a third place rosette and Laura a sixth place rosette.

These results, together with the performance from Jemma, resulted in the JSTC team being awarded third place overall in the team competition.

As the fences were raised to one metre, again both Emily and Laura jumped clear rounds.

Jemma recorded the fastest time of the three JSTC competitors, but just failed to go clear. Their joint performances were enough to secure an impressive first place in the team competition.

Head of PE, Mr Thornalley said: “This is an outstanding achievement and we are very proud of the girls’ success. I hope this will encourage even more students to join our Equestrian Team and we look forward to even greater success in the future.”

NORTHCOTE OPEN DAY
Northcote Heavy Horse Centre is staging a special Open Day on Sunday, 17th February during which visitors will not only be able to see the famous Heavy Horses but even help groom them!

Terena Bolam, the principal of the centre, explained: “We are always looking for supporters, sponsors and volunteers to help us stay open and we hope lots of people will turn up to see the work we do. It is quite costly to keep centres like ours going these days and we need all the help we can get so everyone is very welcome.”

Visitors need have no fear of the weather because an equally warm welcome is guaranteed in the tea room.

Northcote Heavy Horse Centre is located near Spilsby, at PE23 5PS for sat nav users. More details are available on 01754 830286 or 07899815960 or by email to northcotehorses@gmail.com. There are also more details at www.northcotehorses.com.

EVENTS FROM EASEDALE
Watch out for more events during 2013 from Easedale Equestrian, the new name in equestrian events in Lincolnshire.

The Easedale team has many years of experience in equestrian activities. With experienced course designs by a leading BSJA course builder, the great all-weather facilities of LRAC at Kenwick Park and fantastic sponsor participation from leading horse feed supplier Rowen Barbary, it is virtually guaranteed that there will be something for everyone at their popular events.

Easedale aims to bring a new horse-and-rider-friendly experience to competing in Lincolnshire with regular show jumping and dressage events throughout the year. In addition they are arranging show jumping and dressage training clinics at Waddingham, just off the A15, suitable for everyone from complete beginners to experienced and advanced riders.

Whatever your level of ability Easedale hopes to have something to suit you and your horse or pony. Those who are new to competition will find friendly assistance and guidance awaiting them.

More information is available at 07968 341253 or www.easedaleequestrian.co.uk.

JAMES ROBERTS
The life of one of Lincolnshire’s brightest equestrian heroes was commemorated last month (January) in a Memorial Service at Nettleham but there were still not enough words to really pay tribute to James Roberts, a young man who has left an indelible mark on the international horse world.

James died at the end of November following a car crash. He was 32. The news came as a dreadful shock not just to his family and close friends but to members of the equestrian world all over the UK, Canada, America and Australia where his training abilities had become legend.

Working and living with horses was all he really ever wanted to do as his father, Dave Roberts recalled: “James was big into horses from a very early age, as was his brother Paul. It was mostly his mother’s influence that started him off, although I was always supportive. I can remember his careers master at school asking him what he wanted to do. James replied that he wanted to be a cowboy. The teacher told him he would have to think again but riding as a cowboy was one of the things James actually achieved.

“I was involved in music and I can remember that when he was very young James’s favourite piece of music was ‘Mustang Sally’ because at the time he thought it was about a horse. That was his world, horses and more horses.

“At the age of six he loved his pony Georgie and as he grew up it was clear that his love of horses was no passing fad. He hunted with the Burton and just loved everything to do with horses.”

James qualified as a farrier and thought he had found the perfect way of life but then he heard of Parelli training and wanted to change his career to become a horse trainer using that unique method. His father told him he should stick with being a farrier. “I thought it was perhaps a con,” Dave admitted. “James insisted on trying for it and went away to learn. He proved me wrong and became Europe’s top Parelli trainer. I was very proud of him.”

Since then James gained an international reputation for improving problem horses. Many of the biggest names in equestrian sport consulted him, including the Whitakers of show jumping fame and eventers Georgie Spence and Kitty Boggis.

James based himself in Wiltshire but never forgot his Lincolnshire roots and frequently returned home to visit family and friends.

More than 500 attended his funeral in Wiltshire and a similar number attended the memorial service including equestrian people who had flown in from America and Australia.

James Roberts made his mark on the equestrian world and on everyone who met him. He was a dedicated young man with a willingness to laugh and an infectious enthusiasm for what mattered most to him – horses.