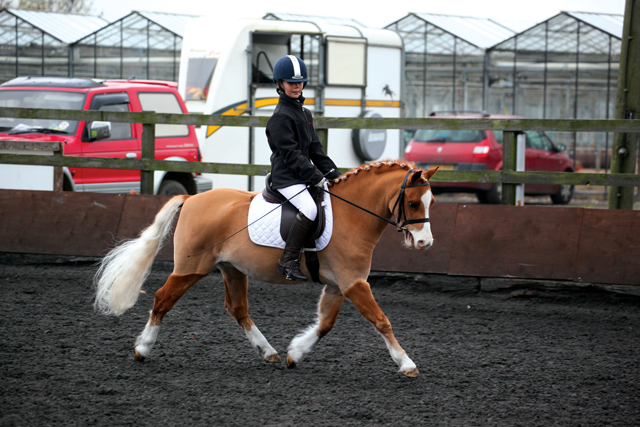 So, here we are at the start of another year and a very special one as we look forward to the Olympics being held in this country for the first time in sixty-four years.
UNSUNG SCURRY HEROES
Did you know that Team Davenport from Manby has been representing Britain in scurry driving for the last five years? The unsung heroes, Jeff and Carole Davenport and their driver, Jenny Mountain, had a great year in 2011, never missing out on a top ten spot in any of the competitions they entered, including those held overseas. In fact they have been placed in the top ten in every competition for the last five years!

Their latest success was in the Netherlands at Brabanthallen, where they competed with their two sets of ponies, Song and Dance and Wait and See. Jenny Mountain drove Song and Dance to an exciting second place and the title of Reserve European Champion. Carole Davenport was very close behind and took fourth spot.

Team Davenport are great ambassadors for both the sport and the county and could do with some extra support in the way of sponsorship. If anyone feels they can help please call 07931 876046.

The Brook House BHSAI qualified instructors supervise all riding activities and liveries, and there is full insurance for all riders aged four and over.

The fairly recently opened 25m x 40m Undercover Riding Hall is now used for most riding activities, affording safe riding all year round. Lessons and hacks are available as normal during most holiday periods with lessons offered all weekday evenings up until 8pm if necessary.

There is also a regular dressage evening every Thursday with instructor Amy Miller. Brook House Farm also offers full, part or working livery with good sized stables, plenty of grass paddocks and tender loving care. Liveries can also use the all-weather school and sand school by prior arrangement.

TIMES HAVE CHANGED
It really doesn’t seem possible that Christmas has been and gone for another year and here we are in January making all sorts of promises for this brand new year.

As our lives get busier and busier, technology moves forward at a rapid rate and I really question how we will all be feeling in only five years time when I consider the many changes over the last few years. I think back to my early days of riding when I was a regular client at the local riding school and I was involved in the weekly ride for my age and ability but how things have now changed. Horses and ponies seem to be within the reach of so many more people, many more are buying them and keeping them at their own homes and the youngsters today seem to have been brought up with much more emphasis on one-to-one instruction.

2012 – A YEAR TO REMEMBER
We can all look back and consider how things used to be but at this time of year the priority must be on the way forward. The 2012 Olympics is the buzz word in equestrian circles and the London Olympics are set to make this New Year a very special one. The preparations have been in the pipeline for many years already but the real countdown is now on. As a busy show organizer I cannot even start to consider how many thousands of people they have involved in making this a successful event.

WHAT DOES 2012 HAVE IN STORE FOR YOU?
We all make them and I dare say we all break them! January is a time for making our New Year resolutions and then believe that we will do them all. Of course you know only too well that you really don’t have a hope of continuing as you started. I will be on time, I will keep my office tidy, I will be more patient, I will clean my car every now and then (at all would be a real improvement!). However if you just manage to make one resolution that you stick to all year then that is real progress! Keep it simple, don’t be too hard on yourself and remember it’s the thought that counts!

Good luck for the year ahead whatever you and your horse are doing. I hope to see many of you at Sheepgate Equestrian in the near future

Happy New Year to you all!