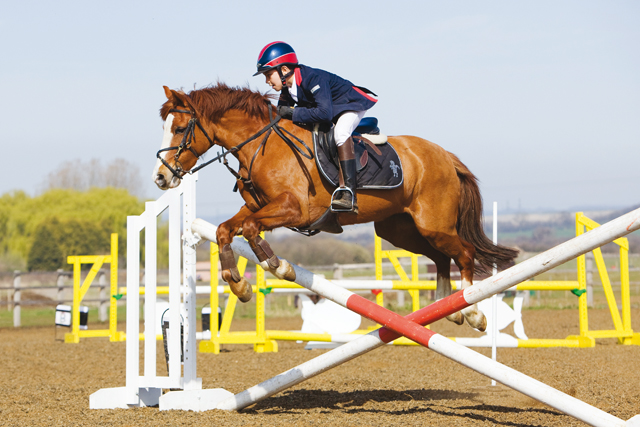 The County Show might be over for another year but the dust won’t be settling for some months yet and there is plenty going on again in July. It is great to see the year unfolding well for some of our young hopefuls, the up and coming talent that continues to fly the Lincolnshire flag high on the equestrian map. Perhaps we don’t always realise it but our county is held in great esteem in the horse world, something of which we can justifiably feel proud.
AMY HOPES FOR EUROPE
Grimsby rider, Amy Woodhead is hoping for a place at the next European Dressage Championships after she recently won a bronze medal in Belgium.

Along with her fifteen-year-old stallion, Pardon, Amy took third position in the Moorselle International for the second consecutive year.The Weelsby Park Riding School pair impressed judges on the first two days of the competition which meant that Pardon was then to take part in the final stages.

Despite her consecutive successes in Belgium, nineteen-year-old Amy hopes current form will now take her to the coveted European event in Berne, Switzerland.

“It is obviously nice to win things here, but to be recognised in Europe is brilliant because you don’t always get the chance to compete against the best international horses and riders in England,” she said.

“After the first two days you have to be ranked within the top fifteen to get through to the music test. Pardon came eighth in the individual test and did really well after that.

“I have been really successful on this horse and we have been aiming for the European Championships for some time now. Hopefully that will be the next step for us.

“Before then, we will be training and competing as much as we possibly can to get in the practice. The trials for Europe are coming soon.”

Weelsby yard manager, Lisa Waineman, added: “We are all really proud of Amy. She has achieved some wonderful things over the years and everyone here has their fingers crossed that she passes the trials.”

ARE YOU READY?
After years of preparation, anticipation and hope, the Olympics finally arrive at the end of July. The Olympic Opening Ceremony takes place on 27th July and will be followed by twelve days of equestrian competition, with the world’s best athletes competing for six gold medals in the Olympic disciplines of eventing, dressage and showjumping. The equestrian events all take place at the Greenwich Park venue.

Eventing opens the Olympic equestrian events on 28th July with two days of dressage, followed by cross-country on 30th July and two rounds of showjumping on 31st July to decide the team and individual medals. Dressage as an individual sport starts on 2nd August with two days of Grand Prix competition, which forms the first qualifier for both the team and individual. The top seven teams and eleven best-placed individuals go forward to the Grand Prix special on 7th August, which will decide the team medals. The freestyle to music to decide the individual medals takes place on 9th August. The first qualifier showjumping as an individual sport will be on 4th August. The two-round team decider is on 5th and 6th August. Team medals will be presented on 6th August.

The two rounds of showjumping to decide the individual champion will be held on 8th August.