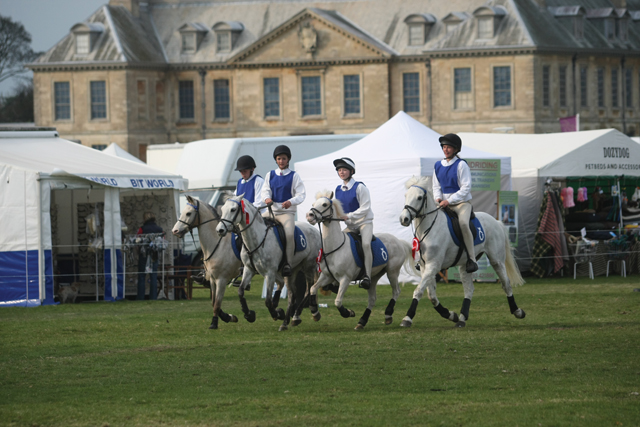 It’s March and now things start to get really interesting as the mothballs are brushed off the riding kit and the horse boxes. Don’t forget to send us your news, results, events and photos – have a great season.
THE GRANTHAM FESTIVAL AND BELTON HORSE TRIALS 1ST, 2ND AND 3RD APRIL 2011
On 1st, 2nd and 3rd April the Belton Horse Trials will once again take place in the beautiful surroundings of the 1680’s elegant Belton House. This wonderful setting, which was used as a stunning location for the BBC’s ‘Pride and Prejudice’, plays host to more than just a Horse Trials. The weekend has developed into a true family occasion. This year’s theme is Food, Fashion and Family.

Also for the first time Grantham will have its very own Festival. This is to take place over the same weekend, and is described by organiser Stuart Buntine as a ‘Community Festival’. On Friday 1st April the Festival will kick off with street entertainment throughout the town, with street musicians, street artists and a concert will take place in St Wulfren’s Church on the Friday evening, which will feature artists from Kings School, as well as other musicians. On Saturday there will be more entertainment, an expanded market, BMX stunt bike displays and workshops, and much more to entertain all the family. All attractions will be free for all. For further information visit www.granthamfestival.co.uk

At Belton Horse Trials, on Friday the focus will be on food with cookery demonstrations to take place throughout the day in the new Gratham Mall. This will be a large indoor arena in the centre of the event site, which will become the hub of the activity. There will also be a wide variety of food stalls available with food to be eaten on site, as well as delicious morsels to take home to enjoy later.

Saturday brings the return of Ladies Day, after the popularity of last year. The Grantham Mall will once again play host to several fashion shows throughout the day, and many of the items included in the show will be on sale again, at the vast variety of trade stands and shops which are becoming a feature of the weekend. What a great place to pick up a pre-Easter bargain!

Sunday will focus on family. The day will include, as well as the usual attractions, several demonstrations from the MAD Mountain Bike display team, with an opportunity to have a try at some of the stunts afterwards, as well as impressive motorbike stunt rider Jez Avery. There will also be the climbing wall, an air flight simulator and plenty to keep all the family entertained.

OPEN WIDE!
Many horse owners routinely spend hundreds of pounds getting their horses backs checked by an equine chiropractor and also have their saddles looked at by an experienced saddle fitter, however statistically fewer people have their horses teeth done. This is quite surprising as problems in the mouth account for a large percentage of ‘issues’ in horses every year. The symptoms of dental problems can manifest themselves in so many different ways that it is not always immediately apparent that it is the mouth that hurts, for example a horse may not be performing as well as he previously had done and although not lame, the general signs and feedback from the horse indicate that all is not well. In this instance most owners routinely have the back and the saddle checked but not always the teeth.

Having your horses teeth regularly checked should really rank amongst the top three of ‘must haves’. I say this because if the teeth are not right it can impact hugely on all aspects of the horse’s well-being, from poor performance and a miserable horse to the money wasted on feed that is either dropped on the floor or if eaten then not properly chewed and digested which further leads to weight loss issues. So regular checkups can actually save you money!

Sarah Payne, Sheepgate Equestrian, in Boston
Full details of activites can be viewed on www.sheepgate.co.uk