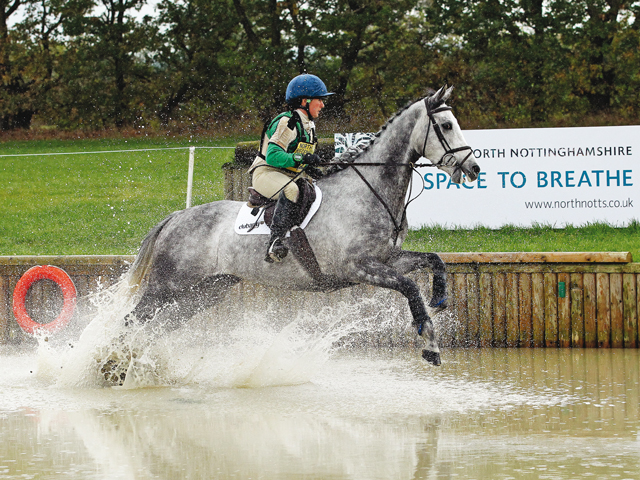 On 11th–12th April, the Horse Trials will take place at Whitehall Farm near Newark. The event is organised by husband and wife team Joe and Ali Weller, along with Georgie Fowle from the event management company Addoastra.

The spring event will run classes from 80cm to Open Novice level and dressage, showjumping and cross country will run on both Saturday and Sunday. The cross country courses at Norton Disney are widely praised by competitors and spectators likening them to a ‘mini Burghley’. Visitors can be sure to witness some exciting action as the event will play host to some of the world’s top riders on their young horses competing alongside local amateur riders.

As with the autumn event, the main arena is surrounded by numerous trade stands and plenty of local refreshments and again the team at Norton Disney will raise money for their chosen charity, The Household Cavalry Foundation.

The South Wold Point-to-Point went ahead despite an overnight frost and ‘soft’ going, following a week of snow and bad weather.

Threapwood landed the D&M Barthorpe Mixed Open race for the Crown Partnership. Following on from a Restricted success on the course, Threapwood benefited from Doctor Kingsley and Palypso De Creek staying away, but taking away nothing from the winner trainer rider Oliver Greenall said: “Today was his day.”

THE JOURNEY SO FAR
Local dressage judge Alice Elliott from Lusby retired from full-time work some five years ago, and has been rather busy ever since!

Whilst looking for her horse of a lifetime, little did she know how the journey of the last three years with that special horse would progress?

Finding her dream horse didn’t start all that well, as it was pouring with rain on the dismal Easter weekend when she first saw ‘Big Murph’, as he is commonly referred to today. Something told Alice she wanted this horse though and luckily having paid a modest deposit before she returned home, this secured him for her. Only half an hour later and he would have been sold to a previous viewer. It was all meant to be.

Now standing at 17hh, this eight-year-old handsome gelding has matured into a serious dressage contender, bred by the Duchess of Devonshire and starring as a visitor attraction at Chatsworth House as a foal.

Out of Longdean Westminster out of a Shire mare, he is not your typical dressage horse. Alice has enjoyed many successes with Chatsworth Chieftain but this year could be the most significant to date, after a chance conversation with her trainer Sarah Payne allowed her to temporarily hand over the reins recently. Alice had already secured her place in the Petplan Novice Open Finals in April 2015 which didn’t allow her to contest the freestyle to music Regionals that she had already qualified for – but what started as a casual suggestion has turned into much more!

Alice has enjoyed every minute of being an owner and watching Sarah compete with her pride and joy. Sarah joked that, if Alice was going to be an owner, she had to start wearing lipstick! The Northern Regionals saw the newly established combination secure their ticket to the Winter National Dressage Championships, giving Alice and Sarah every reason to celebrate.

BREAKTHROUGH FOR LINCOLNSHIRE LANDOWNERS ON RIGHT TO REMOVE FLY-GRAZED ANIMALS FROM PRIVATE LAND
Lincolnshire landowners who find horses left illegally in their fields may have more power to remove the animals, thanks to a new law currently before Parliament. The Bill, which is promoted by Julian Sturdy MP and backed by the CLA and a host of rural, farming and animal welfare bodies, is expected to become law before the end of this Parliamentary session.

Calls to welfare charities about fly grazing have also risen by two thirds in the past three years, following concerns that horses are being abandoned. According to the RSPCA, during 2013 it received 510 calls regarding abandonment, including fly grazing, in Lincolnshire that related to the welfare of 1,662 horses.

CLA East Regional Director, Ben Underwood said: “Horses can suffer significant harm if they are left to fend for themselves so it is vital that landowners have the power to act quickly and in the best interest of the welfare of these animals.”