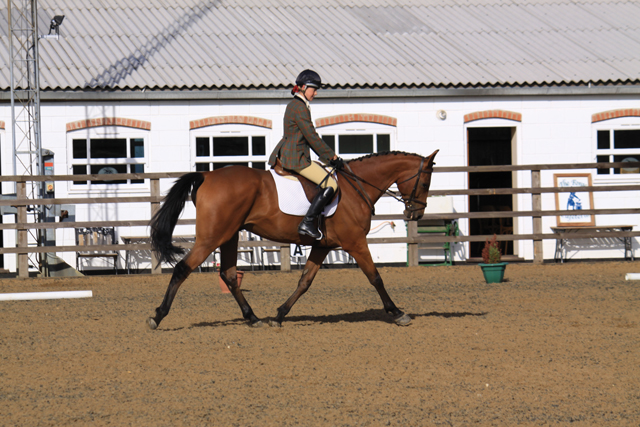 Welcome once again to Lincolnshire Life and we are now at that stage where the woolly jumpers have come out of moth balls and the bedding is getting thicker in the stables. However, don’t go into hibernation just yet as November still promises a few fireworks as our Diary reveals. Also, have a good look in your local tack shop for festive gifts, you know you want to!
SUPER SISTERS SHOW SUCCESS
It’s been another great season for Lincolnshire super sisters Stephanie and Rosie Gunn, who have had a string of triumphs between them during 2011, including being part of the winning team to retain the Schools Senior Show Jumping title at Hickstead earlier in the season. Riding for Toothill school, they were joined by Paige Shipstone. The girls have been busy all year and have been outstanding – can’t wait for 2012.

SPOTLIGHT ON…FALDINGWORTH EQUESTRIAN CENTRE
Faldingworth Equestrian Centre – or FEC to its friends – is a championship showground and boutique events centre occupying more than 1,000 acres of beautiful Lincolnshire countryside and woodlands.

FEC is a BHS Approved Facility and a Qualifiying Show Venue for many of the nation’s major events including Olympia, HOYS and the Royal International Horse Show. Every other weekend there are fun events which are open to everyone, whether an FEC club member or not. Spectators are also welcome to come and watch at shows, even without a horse.

FEC offers extensive hire facilities to include Arena and Club House hire. There is a Beginners Cross Country course and Working Hunter and Showjumping courses built by BSJA qualified course builders. There is also an FEC Riding Club which offers many benefits including reduced rates on all of our hire facilities, entries to shows, classes, seminars, talks and demonstrations.

FEC is available for hire complete with all facilities including various show rings, judges box, cross-country course, bar, luxury toilets, club house, parking, everything you could want – and at a reasonable price.

Oh yes, there’s livery too, with packages to fit all requirements and budgets, and to keep your horse happy, healthy and safe.

SCHOOL SETBACK
A proposed new equestrian school development in Lincoln has been put on hold after several objections were raised, but hopes for success have not yet been dashed completely.

The Priory Academy LSST developed ambitious proposals to build a stable with a clock tower, a covered riding arena and teaching room; its plan was to replace rugby pitches with a facility for pupils to study equine management and horse care at the school’s Cross O’Cliff Hill premises, in Lincoln.

But despite an application being sent to Lincolnshire County Council last December, the school has yet to receive planning permission.

Neil McBride, the county council’s development manager, said: “A number of issues were raised with the applicant who has asked for it to be put on hold at this time.”

North Kesteven District Council said a building of the stable’s height, size and scale was unacceptable in the location suggested.

The school is now rethinking its scheme but has not given up on the idea of an equestrian development.

THE DELIGHTS OF CLIPPING
It’s that time of year again: out come the clippers and the overalls are at the ready for the challenge of clipping. The days seem shorter than ever, the dark nights go on forever and it’s time to turn the heating on as the summer is a distant memory. The gleaming summer coats are nowhere to be seen and our four-legged friends are starting to grow their winter woollies. So, with the clippers in our hands, the winter rugs are ready and we set to work. The question that has been posed recently is whether there is a skill to clipping or not?

Many horse owners do now have their own set of clippers and are more than willing to have a go. It has to be remembered that the real purpose of clipping is to allow the horse to stay cooler when worked and reduce the amount of sweating and the loss of condition through working with a thick coat. This also reduces the amount of time taken to dry off, especially during a colder evening when you are wanting to put his rugs back on as soon as possible after he has worked and before you leave the yard. The traditional styles of clips have been overtaken by many interesting designs that reduce the amount of straight lines that people have to focus on which takes time and practice over many years of clipping. The current trend for having a heart or star clipped onto your horse’s bottom is relatively new and often seen.

In reality, anyone can clip a horse but as with anything the more practice you get the more efficient the job will be. So whatever clip suits your horse’s needs, get well prepared this year, collect your equipment needed for the job and take care as you set to work. Always remember to keep yourself, your horse and your handler safe at all times.

MEMORIES WANTED
Do you have fond memories of your childhood years with a local pony club? Current committee members of the South Wold Hunt North want to go back in time as they look to develop the club’s website.

As part of http://branches.pcuk.org/southwoldnorth/ the committee wants to upload pictures from the club and its members, enjoying equine life in years gone by.

In November the club moves indoors for its annual Indoor Cross Country event, at LRAC and would welcome volunteers to help prepare the course.

For more information on joining the club, for tickets to the barn dance or to volunteer please contact club secretary Mrs Bethan Leather on 07752 683039. Old pictures and information can be e-mailed to Mrs Leather at Bethan.leather@virgin.net

BURTON CHAMPIONS: HARRIETT HOWARD AND STARHOLME AMBERLEIGH
After qualifying at the Area 6 Intermediate Eventing competition at Flitteris Park, near Oakham, Harriette Howard and her horse Starholme Amberleigh travelled to Draycott House near Derby to represent the Burton branch at The Pony Club Intermediate Eventing Championships.

Harriette was given only 25.71 penalties for her dressage test and was in the lead going into the showjumping part of the competition. Harriette rode a controlled and smooth round over the showjumps, without penalties. She completed an accomplished cross-country without incurring any jumping or time penalties. With many other competitors yet to ride their cross-country rounds, Harriette’s first place was assured.

CAISTOR EQUESTRIAN CENTRE ONE DAY EVENT (ODE)
We are so pleased that everyone had such a great time at our One Day Event. The course flowed beautifully throughout the day and was a super introduction to eventing. We would like to thank the weather for staying so lovely and the mass of volunteers who kept the day running smoothly.