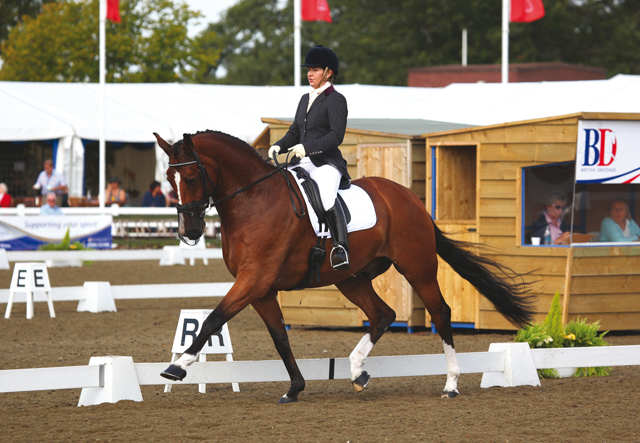 Funding for the equestrian world

Is the equestrian world only for the rich? That’s an interesting question that has been posed in the wake of British success in the 2012 Olympics and Paralympics.
The quick answer is no, and riding schools and centres all over the county will testify that there are plenty of people from all walks of life and both sides of the street regularly enjoying riding.

However, what of those who have been inspired by the succcess of British equestrian stars at Burghley, Greenwich, Olympia and other internationally famous competitions? Are those stars of tomorrow lost because of a lack of funding?

Sandra Murphy, of Nettleton, near Caistor, recently went on record saying she is becoming increasingly frustrated after failing to obtain significant financial support for her daughter Darbi, despite her being selected for the Lincolnshire Elite Athletes Programme.

Darbi, who has been mentioned on these pages before and who attends De Aston School in Market Rasen, has been riding since she was eighteen months old and took part in her first individual competition when she was five.

At seven she became a member of the BSJA and competed in her first BE event when she was just eleven.

Darbi is set on doing her best to make the next Olympic team in Rio in 2016 but her mum Sandra, a third year Equine Sports Science student at Lincoln University, is increasingly worried that her daughter’s talent will be suppressed due to the lack of financial support.

“Who do I turn to and where do I go? We are being told we will see a legacy from the Olympics which will benefit athletes of the future,” said Sandra. “I hope that is the case, but at the moment I am at my wits’ end. It worries me that the constant financial struggle will cause Darbi to lose her way.

“I think, in this sport more than others, you need to have financial backing. We have bred and reared her horse ourselves and it is kept at a rented field and rented farm building. We don’t need help for that, but even to enter a competition takes money. Also you have the expense of travel and horse transport. For that, you do need money.

“The frustrating thing is that I see how talented she is. We have all these struggles, but then she competes against people with much more financial backing behind them and she goes and beats them. It would be fantastic to see how good she could be with a little money behind her.

“I would dearly love to hear from individuals or companies who could help us. I know it’s tough for people at the moment, but I am hoping someone somewhere will have been inspired by Britain’s success at the Olympics.”

Darbi is currently supported by the Lincolnshire Sports Partnership through their Elite Athletes Programme (Level One) but she receives just £100 per year for being on that programme and will soon have to re-apply for the next level (Level Two). If successful she would then receive £250 per year.

Gill Barham, regional development co-ordinator for the British Equestrian Federation, admits it is difficult for young riders and says the legacy from the London Games comes in the shape of exposure and increased participation in the sport.

“I don’t agree that only those with access to financial support can succeed,” she said. “More often than not, it is the passion and dedication of people that gets them to where they want to be. I am afraid there are a lot of people just like Darbi out there and it’s tough. This country is very good at bringing youngsters through to that level, but taking the next step is very difficult, because she will have to move up to better horses. It’s not just about funding, but also about opportunity and being in the right place at the right time.”

If anyone feels they can help Darbi and others like her to bring home more medals to the county, Lincolnshire Life would be delighted to hear from them of course.