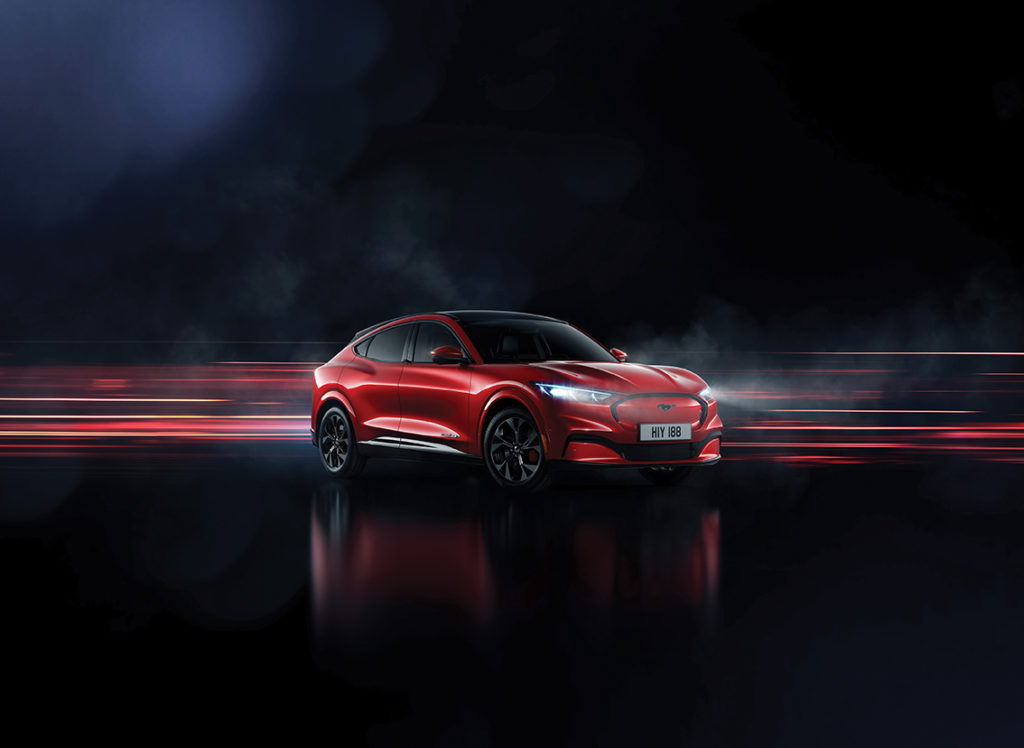 For the first time in over half a century, Ford is growing the Mustang family, bringing the celebrated pony into the electric era with the all-new Mustang Mach-E. And guess what? It’s an SUV.
When it officially arrives in the UK later this year, the Mach-E will come with standard and extended-range battery options. It’ll also have either rear-wheel drive or all-wheel drive. The Mustang accelerates rapidly and has a range of up to 370 miles. Ford also plans to offer an exceptional performance GT version, capable of zero to 62 mph in under five seconds.

When the vehicle sets off, the new Mach-E 4 all-wheel-drive system applies torque independently to the axles to deliver impressive pace and superior handling over the rear-wheel-drive variant. In addition to intense velocity, the Mustang is equipped with an adaptive suspension technology that lets the car hug the road while delivering an electrifying, comfortable ride.

Making its debut in the Mach-E is the next-generation SYNC communications and entertainment system. This interface uses machine learning to understand driving preferences quickly and makes it easier to access information with a touch, swipe or a pinch. Additionally, thanks to cloud-based connectivity and voice recognition, the system makes navigation, music and connecting a smartphone to the Mustang faster. It also introduces wireless compatibility with Apple CarPlay, Android Auto and apps.

Using Ford’s all-electric architecture that places batteries inside the underbody, engineers and designers have been able to create a machine that’s not only true to the Mustang but also maximises SUV space for five people.

The Mach-E is recognisable as a Mustang, thanks to signature elements such as its long, powerful bonnet, rear-haunch design, aggressive headlights and trademark tri-bar taillamps. Smart design and engineering deliver surprising rear-seat roominess and decent load space.