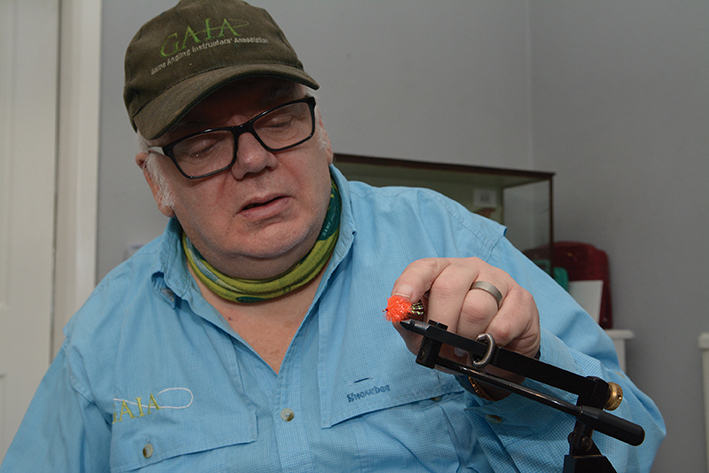 From where I’m standing…

The shooting season proper starts now, unless you have been fortunate enough to have some early days on the grouse or partridges through September. For the majority of game shooters, October signals the start of the shooting season. This now means that everything that is listed as legitimate quarry is now available to us, including pheasants, partridges and wildfowl as well as some waders like snipe and woodcock.
The woodcock is predominantly a woodland bird but can be encountered almost anywhere. It is also described as a migratory bird but a small number do stay here all year round and breed very successfully.

In the course of a shooting day it takes on almost mystical qualities. When one is spotted the call goes up, “Woodcock, Woodcock” which immediately puts everyone on their toes as this is a prize highly sought after, not just for its sporting qualities as it jinks between the trees but also for its pin feathers; these are a very small single feather on the end of the last joint of each wing.

The feathers are highly prized and can frequently be seen adorning the hats of shooting folk as a sort of badge of honour indicating their skill. I must confess that I too in my younger days did just this, but as I have grown older and we live in what might be termed ‘more enlightened’ times I no longer engage in this practice but I have no problem with those who do.

What is probably less well known is that the pin feathers are often sought after by artists who find them perfect for very fine artwork, and last but not least this bird is superb for eating, though I would suggest one each, as they are not very big.

As I write this, I have yet to enjoy my first day of the new season, but it is firmly etched in my dairy and in my mind. Monday 1st October is the date and I look forward to meeting up with friends, some of whom I have not seen since our last day out at the end of January.

The first shooting day of any new season is always greatly anticipated. Gun and cartridges will have been checked, clothing organised and shoes polished. Whether your day is a grand formal affair or a simple walk round with friends the excitement is no different. On arrival there will be much hand shaking and warm greetings as we meet friends old and new. The beaters will be getting organised and dogs will be milling about in fervent excitement – everyone is just raring to go, I can’t wait.

Autumn is upon us and the days are rapidly shortening, a sure sign that winter is just around the corner. By now most of the harvest will be in, with mostly just the root crops such as potatoes and sugar beet to be lifted, but there is also a bit of a hedgerow harvest that we can gather if one has the inclination.

Blackberries are in abundance, but as a shooting man I will be looking for sloes in order to make some sloe gin; a tot during the midmorning break when shooting has become almost a ritual, along with a piece of pork pie and mustard; this, followed by perhaps a generous slice of buttered Lincolnshire Plum Bread, and I am in heaven.

There are of course many other things that can be gathered if you know where to look. A variety of mushrooms are abundant now but be careful as not all are edible. If in doubt seek advice. Other things to look for are sweet chestnuts, these should not be confused with the horse chestnut or conker, these are poisonous and should not be eaten. The sweet chestnut case is very prickly and there are usually four nuts in each one.

My pal George and I continue to get out after the farmer’s number one enemy, the woodpigeon, although with the onset of the shooting season some estates are closed to us until spring. The majority of the farms that we look after, however, prefer us to keep coming as Mr Pigeon never takes a day off, and now being officially Britain’s most abundant bird they can mass in their thousands when the weather gets hard and food is in short supply – it is then that they can decimate green crops and oilseed rape. The use of gas guns and rotary devices to keep them away offers no deterrent to the birds, which have become totally familiar with them and seem to know that they pose no real threat. The only real deterrent is sustained shooting, this will drive them off a field for a while and of course, as we all know, dead pigeons don’t come back.