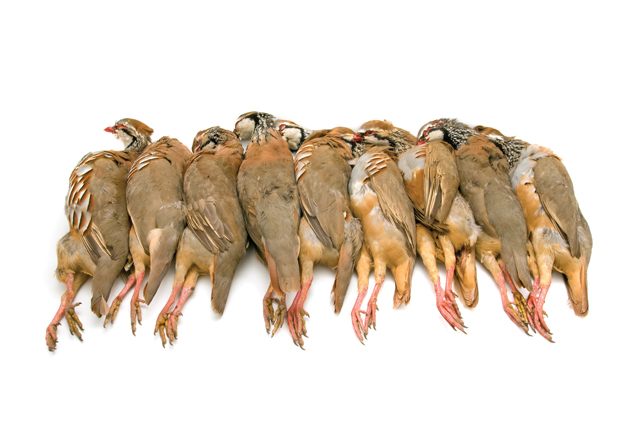 From where I’m standing…

By now the shooting season is well under way, with many days already enjoyed by shooting men and women up and down the country.
Days on the grouse moors have been mixed, with many of the Yorkshire moors doing quite well, while many of the Scottish moors are suffering from a shortage of birds due to cold weather at hatching time. The red grouse is a truly wild bird and though good management of the land and habitat can greatly improve its chances, we still have no control over the weather. Partridges on the other hand can be reared and released, so are not affected so much by the elements. As long as food and shelter is available, the birds will thrive and will always provide great sport on shoot days.

Pheasants, like partridges, are also reared and released on most shoots these days. This not only ensures that we have a ready surplus of game on shoot days but also ensures that the wild gene pool is added too. I think this is probably a good time to remind ourselves and the wider public, who may not always endorse the shooting of game, just why we are so proud of our unique game shooting culture.

Game management and conservation have helped shape and enhance our landscape for generations. Many of our historic woodlands were planted with hunting or shooting in mind, and that management and conservation now involves two thirds of the rural land mass of the UK – that’s nearly 2 million hectares that are being actively looked after to ensure that all wildlife is enhanced, not just game.

Of course, some predatory birds and animals are controlled within the law but again this helps so many non-game species, particularly those like the curlew and skylark that nest on the ground and are easy prey to the fox and the stoat. It has been worked out by the number crunchers that shooting in all its forms contributes £2 billion to the British economy and involves over 1 million people. This has a huge and positive effect on rural communities that may in the wintertime have little else to fall back on. Shooters spend money locally on food, transport, accommodation and all manner of other things when visiting to shoot.

Frequently, in places where other sources of income are few and far between, shooting is big business with visitors coming from all over the world to enjoy a sport that is considered by so many to be totally unique to our wonderful country.

I could not finish on the subject of shooting without mentioning the huge health benefits of eating game. Both pheasants and partridges contain high levels of iron, protein and vitamin B. Venison is also high in protein, low in fatty acids and contains higher levels of iron than any other meat – even the humble rabbit contains more protein than steak. If any more reason was needed, it also tastes fantastic.

It would appear that we have visited our last CLA Game Fair. The organisers who have been staging this countryside extravaganza since 1958 have thrown in the towel, stating that in recent years it has been losing money and is unable to continue. As I write this, I have heard of no other organisation that is willing to take it on, so in all probability it is finished. For so many years it has been an annual pilgrimage for many like myself who saw it as an opportunity to catch up with old friends, buy bits and pieces as well as just seeing what is new in the field-sports world. Visitors came from all over the world and like so many of you I will miss it.

Politics has been much in the news, with the Labour Party electing a new leader in Jeremy Corbyn. Whether this will have any sort of impact on rural pastimes remains to be seen, as Labour policy in the past has been no friend of field-sports. Corbyn has spoken in support of dairy farmers and their battle with the supermarkets, as well as rural businesses struggling with substandard broadband. Unfortunately, however, the increasing engagement of the Labour Party with various animal rights groups has created a significant barrier to much engagement and rural renewal. This has not been helped by the appointment of Kerry McCarthy MP, a militant vegan and animal rights campaigner, as shadow DEFRA secretary. McCarthy believes that, “animal farming is no longer sustainable and is damaging to the environment”. Quite how McCarthy will gain the trust of the livestock farmers as well as others involved in wildlife management and country sports remains to be seen.