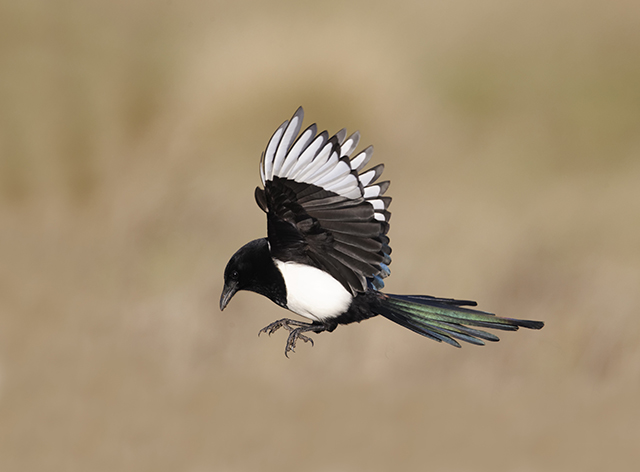 A while back I heard of an old shooting friend who had passed away. His daughter and son-in-law were undecided as to whether to keep his gun. Shooting was his passion for much of his life and it had clearly rubbed off on the two of them, as they both shot from time to time.
My advice was to keep it and I explained why. We like to think that our children will in some way follow in our footsteps, by way of our occupations or our pastimes. My father and my uncle were both keen shots and I have tangible reminders in having kept items that they both used regularly. I have my father’s shooting stick and though I do not use it often, when I do I am reminded of learning to shoot with him.

I also have my uncle’s leather cartridge bag, made for him by a local saddler in the 1930s. It has had the odd repair and a new strap, but I use it every time I am game shooting. As a child I remember it hanging on the bannister rail at the bottom of the stairs near the back door, usually half full of Eley Grand Prix cartridges. I could not pass it without taking a quick peek inside at the contents and smelling the worn leather. Today, every time I slip my hand into it for a couple of cartridges, it is a constant reminder of those days long gone when both my father and my uncle helped me to appreciate our wonderful countryside and gave me a love of shooting that has lasted throughout my life.

So my advice to my friend’s daughter was to keep the gun and use it either regularly or occasionally, as they wished. Each time they use it they would be putting their hands where he had put his hands so many times, thereby maintaining a direct connection with their dad. I hope it gives them the same comfort and happy memories that I still retain after all these years.

Well done the BBC. There, I’ve said it. In recent years I have felt that the BBC has been guilty of only showing a very sanitised vision of the countryside; a fluffy bunny land where all god’s creatures live in perfect harmony together, often morphing into human form with human names. Imagine my surprise then, when in recent editions of both Countryfile and Springwatch we were actually told and shown some facts about our wildlife.

Countryfile allowed Robin Page, the well-known countryside campaigner and chairman of The Songbird Survival Trust to say that predator control is a vital tool in helping to preserve so much of our wildlife that is a little further down the food chain, in particular our diminishing songbirds. Then Springwatch showed a carrion crow harassing and killing a quarter grown rabbit, followed by a jackdaw and magpies finding a nest of baby rabbits and systematically attacking them despite desperate attempts by the doe to protect them. This is wildlife as it is, and well done the BBC for showing it.

Hopefully this is a policy change that will continue in order that land managers, gamekeepers and shooters might be a little less demonised by those who feel that the culling of any species to protect another is cruel and should not be allowed. Of course those of us who live and work in the countryside know very well that many of our more endangered creatures need a little bit of help from time to time if they are to survive.

Well it’s that time of year again and the CLA Game Fair beckons, being held this year at Blenheim Palace in Oxfordshire on 18th–20th July. It is the biggest fair of its kind in the world and my good lady wife and I will be heading off, as we do every year. If you are visiting for the first time, get there early; you are in for a huge treat, you won’t be disappointed.