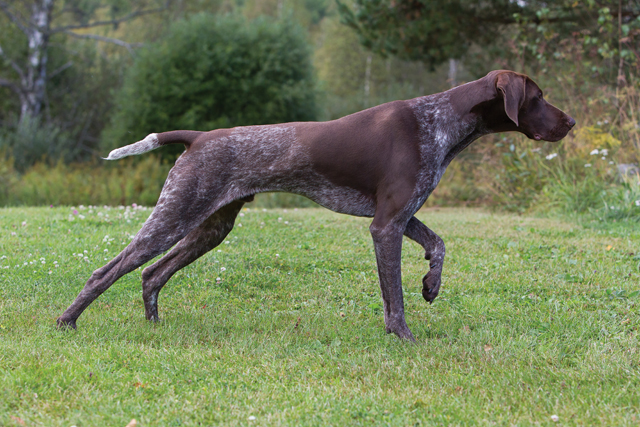 With January upon us, the end of the game shooting season is on the horizon, but of course those of us who shoot know that the last month heralds some of the very best sport that is available to us.
By now all our game birds are fully grown and are strong on the wing. Many will have survived a number of shoot days and of course many will survive the season to breed in the spring, but for the next month they are fair game and will provide those of us with days yet to be fulfilled with some fantastic sport.

January is also the month when most shoots will be hosting a beaters’ day; this is a thank you from the shoot for the hard work put in by all the shoot staff in ensuring that shoot days run smoothly, a day when those that have worked as beaters, pickers-up and drivers get their chance to stand on a peg and shoot a few birds themselves. The day has probably been eagerly awaited by those concerned all season. Many shoot staff do get the opportunity throughout the season to shoot, on other shoots both as syndicate members or as guests, but it is on beaters’ day, on the shoot that they have watched the guests all season enjoying great sport, that they can turn the tables and enjoy the other side.

Much banter and leg pulling will ensue as friends vie for the best pegs on the best drives. Most beaters’ days will be on a ‘walk one stand one’ basis; this means that all the guns will split into two teams and take it in turns to walk one drive, then stand the other. This gives everyone a fair chance for some shooting. Walking guns act as beaters for the standers but they can of course shoot at anything going back or out to the sides but will leave everything going forward to provide sport for the standing guns, as well as for the safety aspect.

Our safety record in British shooting is unprecedented. If you take into consideration the thousands of shooters that will be out on any given day in our countryside during the shooting season – men and women of all ages and professions as well as experience and ability take to the fields with deadly weapons – the instances of death or injury are almost non-existent. That is not to say that odd accidents do not happen when perhaps a stray pellet has struck an unintended target in the form of another person, but in the main our sport is far safer in terms of personal injury than any other sport you could mention; this is down to the huge emphasis we place on safety and sportsmanship from a very early age and throughout our shooting lives. Every single shoot day starts with a briefing and without exception safety is always discussed and we are reminded that it is incumbent on us all to shoot safely and to ensure that others do so as well. That is why we enjoy the safety record that we do.

I am a member of the Game and Wildlife Conservation Trust, formerly the Game Conservancy, and they do sterling work on behalf of all of us who shoot. They undertake vital research, providing information that is based on scientific evidence. Due to their efforts we know the importance of field margins or conservation headlands as well as beetle banks. They have also conducted much research into countryside and game management such as game bird diseases, predator control and farming practices. The Trust is also the leading authority on the conservation of the grey partridge. Much of their early work helped to bring about a ban on dangerous seed dressings such as Aldrin and Dieldrin, as well as many chemical sprays. So much of their work directly benefits all of us who enjoy the countryside.

I recently attended a fundraising quiz night on their behalf. It was a light-hearted affair, with quiz master Malcolm Partridge providing the questions. Suffice to say, our four-man team was rubbish but we had a great evening and raised some cash for the Trust. While there, I met a young wildlife artist by the name of Thomas Peden from Lincoln. The quality and realism of his work is astonishing and if you’re looking for a belated Christmas gift for someone that loves wildlife, have a look at his work at www.thomaspedenartwork.com – you will not be disappointed.

Finally as we have started a new year, why not, as a resolution, endeavour to introduce just one new person to shooting. It might be a work colleague or a family member, but every new recruit secures the future of our sport. Good shooting.