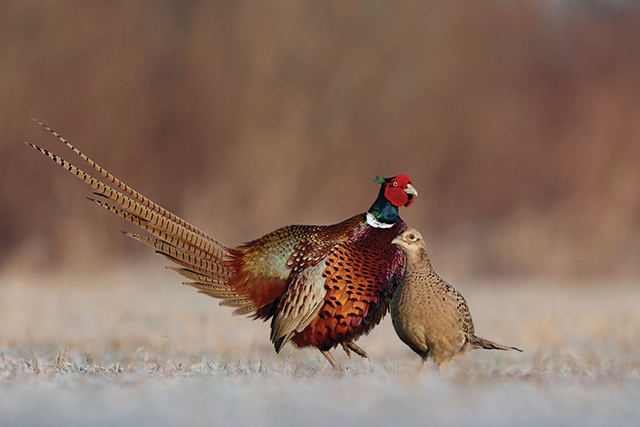 Well game shooting has started with the ‘Glorious 12th’ heralding the beginning of this the 2017/18 season.
Grouse are the first as their breeding cycle is a bit earlier than pheasants and partridges and their season ends earlier too on 10th December, but it’s September when things really start to get going for us low ground shooters.

Partridges and ducks are in season from the first of this month and will be joined by pheasants on 2nd October. September can be a fantastic time to be out in the fields, whether you are shooting or just enjoying everything that the countryside has to offer at this time of the year – with the harvest almost over and most of the fields laid bare it is possible to see so many more of the birds and animals that abound.

From a shooting perspective this is probably the only month that we can shoot in shoes and shirt sleeves as it will still be relatively warm and reasonably dry underfoot. This time last year it was still hot and on one memorable occasion a couple of guests turned up to shoot in shorts. This was met with a certain amount of good humoured derision but was quite acceptable as was the cool box full of cold drinks.

Shooting has been making the news again of late. There are many celebrities and sportsmen who are quite prepared to stand up and champion our cause. One is cricketing legend Sir Ian Botham, who recently voiced his support for The Country Food Trust and offered to donate 10,000 pheasants and £40,000 to aid the Trust’s efforts to feed people living in poverty. He was invited to appear on BBC Radio 5 Live to discuss the project. Sir Ian was welcomed onto the programme and was then asked one solitary question about The Country Food Trust with a quick follow-up to clarify whether it was a commercial operation. From then on the presenter got further and further away from the reason Sir Ian was on the show and instead became fixated on the question of killing animals for sport, raising vague allegations of appalling treatment before bringing up grouse shooting and even the hunting of elephants and lions.

On a much lighter and certainly tastier note, this is the time of the year when the fruits of the fields are at their best. In recent weeks I have been picking blackberries, wild plums, cherries, damsons as well as mushrooms and I am looking forward to an abundance of sloes. These are the fruit of the blackthorn and are the size of a grape. On their own they are bitter but when steeped in gin they provide a wonderfully flavoured drink that is a favourite with all who engage in country pursuits. But there are of course so many other variations on the theme and almost any combination of fruits and spirits can be used. I am currently making a batch of plum rum with quite a few pounds of sweet wild plums and dark rum, to which sugar is added before being left to ferment for a few weeks before it is strained into bottles. I am looking forward to the results with great anticipation.

At the end of July I made my usual trip to the Game Fair which was this year held at Hatfield House. I thought it was a great success, with much to see and do and I look forward to next year when it goes back to Ragley Hall.