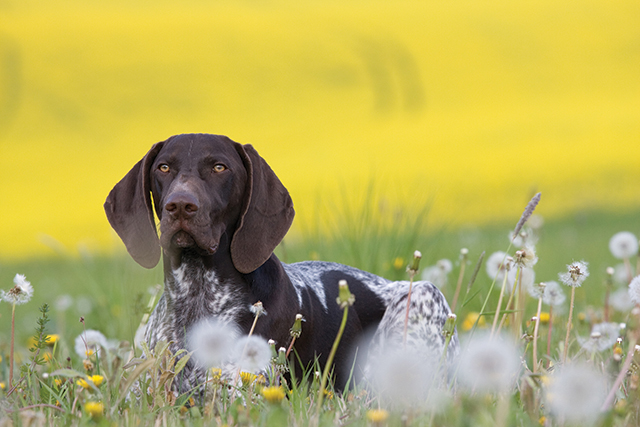 The start of harvest is an annual milestone in the shooting year for both gamekeepers and shoot managers…
Not only does it signal the fact that the new shooting season is only a matter of weeks away but it also means that they can start to assess how the wild game has fared, because up until now it has been all but hidden in standing crops.

Pheasants and partridges suddenly become much more visible as the combines start to clear the fields, followed by cultivations that indicate that autumn is on the horizon – and by all accounts they have done fairly well, with reports of some very good clutches of game seen in recent weeks.

I have seen hen birds with multiple numbers of chicks. This is always a heartening sight as it indicates that perhaps nature and the elements – which so often seem to conspire against us – are in fact on our side from time to time. This, added to effective predator control and sympathetic farming methods in terms of field margins and planted cover, means that the coming season can be greeted with a certain amount of optimism.

By now much of our reared game will be out in the release pens where they will be getting acclimatised and used to living in the wild. The release pen is only used for the first few weeks of the birds’ life in order to get them acclimatised and to keep them safe from predators. As soon as the birds are fully feathered and can fly they leave the pen and are then in effect wild birds, though still under the watchful eye of the gamekeeper, who will ensure that they always have a ready supply of food and water as well as shelter and protection.

Rearing game for shooting ensures that a harvestable surplus can always be taken without threatening the population or sustainability of the species and is recognised throughout the world as good practice.

August is the month when those of you lucky enough to have grouse shooting in your diary will be heading for the moors. Our heather uplands are absolutely unique in the world in providing the specialist habitat for the red grouse and on the morning of the ‘Glorious 12th’ sportsmen from the UK and abroad will be in the butts waiting for the first coveys to come hurtling over.

Not all grouse shooting is driven, much is also what is described as ‘walked up’, whereby a small group of guns will walk in line while hunting dogs such as pointers or setters will range out in front looking for birds hiding in the heather. Upon scenting birds the dogs will go ‘on point’, indicating that birds are close by. This can be a very tense and exciting moment for all concerned, as the dogs move slowly in and the guns get themselves ready for a shot. On command, the dogs flush the birds and the shot is taken. This type of shooting is exhilarating but is not for the unfit as many miles will be walked in a day, sometimes over unforgiving terrain.

For many estates game shooting is a commercial enterprise and provides valuable income but more importantly it provides a platform for those sportsmen and women that do not perhaps have friends or family with land that can give them access to shoot. For most of us who wish to shoot we can now take advantage of this commercialism and pick and choose anywhere we would like to shoot, as long as our pockets are deep enough. One can either contact estates directly or through an agent – either way time is getting on and if you have not already booked for the coming season you may be disappointed.

The fairly hot summer and extended periods of dry weather has meant that the woodpigeon is having an excellent breeding season, with thousands of birds now on the wing. Pest controllers all over the country have been out in force to combat this population explosion, with some huge bags running into the hundreds being recorded by groups and individuals. These have mostly been taken on what is known as ‘laid corn’ where summer storms have flattened the crop and pigeons can get at the grain easily. At this stage the grain is soft and quite milky and the pigeons love it, but large numbers cannot be tolerated, so action has to be taken. It does, though, provide fantastic sport for minimal cost and should not be underestimated in terms of the skill required or the excitement derived. It is a sport unequalled and I love it for so many reasons, not least in that it gets me very close to nature and its environment.