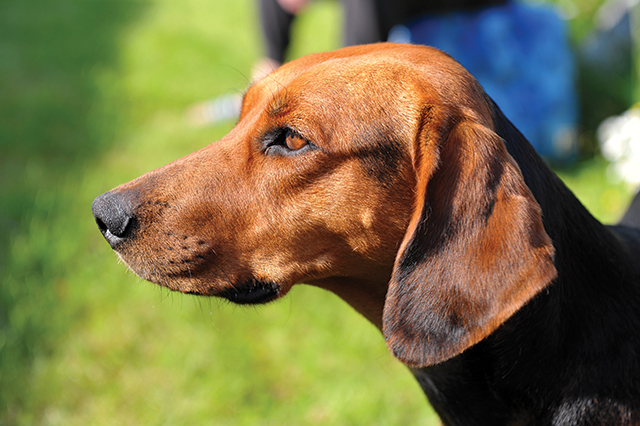 The season is now underway and we must take full advantage of every fine day that allows us to get out shooting without having to resort to boots and coats.
With the days rapidly getting shorter it is a sure sign that the autumn is upon us, but as I write this the days are still hot and sunny and summer seems to show no sign of letting go. I recently enjoyed my first driven day of the new season. Joining a team of 410 enthusiasts, we gathered at Scrivelsby Court, near Horncastle.

This was the first time through and we are never quite sure how the birds will fly on a first day. With breakfast booked at a local pub for 8.15am, I arrived promptly to find I was the last to arrive. Everyone was clearly very eager and excited by the prospect of a new season and meeting friends old and new.

Shooting driven game with a 410 has taken on a bit of a status as more and more sportsmen are discovering the joy of shooting the little gun. Some of the guests had travelled many miles to meet up and shoot with like-minded spirits and the talk over bacon and eggs with sausage and mushrooms was all about cartridges and chokes, as well as banter about over and under versus side by side. With breakfast over we piled into our vehicles and headed down to the shoot, which is just ten minutes away, to get our final instructions from the shoot captain and to draw pegs for the day.

With nine guns shooting, we numbered left to right and move up four; this is a system used on most shoots, to try and ensure that everyone gets a fair share of shooting throughout the day. On the first drive you will shoot on the peg number you drew at the start before moving up four pegs for the next. It is not a foolproof system, as wind and weather as well as how the beaters approach can all have a bearing on both the speed and the direction that birds decide to take when pushed to fly. But hopefully all the guns will get some shooting and a few birds will be added to the game cart.

Shooting early season with a warm sun on your back is a huge bonus, as short sleeve shirts and shoes were the order of the day. By the end of the second drive we were feeling the heat but fortunately I had brought a cool box with soft drinks packed in ice and these were eagerly accepted by everyone as I passed them round. We completed four drives for the day and finished in the gunroom with tea and cake, a fantastic day to start the season.

The fine weather has allowed the farmers to get on with the harvest almost without a break, with combines often working into the night. This can sometimes cause problems for game and other wildlife that will nestle down in the crops for the night. Fortunately the lights and the noise will usually move them on as the machines approach, so little harm is done other than disturbance, but the all-important harvest has to be brought in and this often means working at night.

Of course farmers are not the only ones that gather a harvest at this time of year. For those of us into a bit of foraging it is time to get out and find such delights as blackberries and mushrooms and let’s not forget the fruit of the blackthorn. Sloes are abundant now and will be gathered eagerly by anyone who likes to make sloe gin. It is a little time consuming and of course it can be bought commercially in our supermarkets but nothing beats the taste or the satisfaction of drinking with friends a brew that you have produced yourself – on shoot days nothing is finer.

I know that many of you will be looking after your game birds as the main season gets underway, spending many hours making sure that their needs are met in terms of food and water as well as creating good habitat – all to try and ensure that come shoot day a few good birds will be put over the guns. I know that on many smaller shoots it is a labour of love and that the time spent cannot be measured as a return on birds in the bag at the end of the day.

We at the magazine and myself in particular are keen to recognise those efforts. If you think your shoot is special and would like a mention, drop me an email on editorial@lincolnshirelife.co.uk and I will be in touch. I look forward to hearing from you.