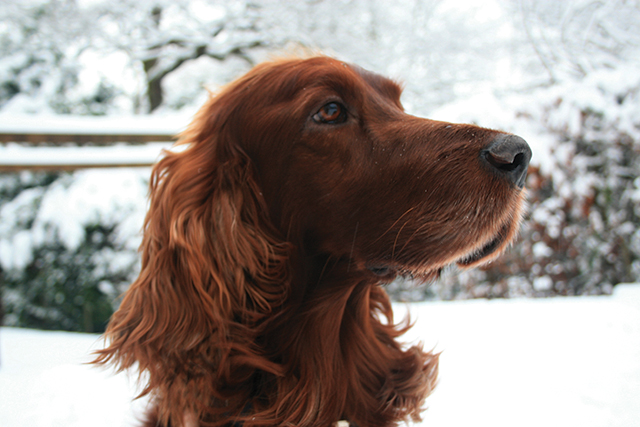 By now many of you will have had a few days out with the gun. Thanks to a new scheme, every one of us who shoots game during the season and attends a driven day can make a worthwhile contribution to charity.
November ice to bear a duck, then all the winter sludge and muck. This little rhyme always comes to me at this time of year, the theory being that a cold snap early on could be followed by a mild and wet winter that to be quite honest none of us really enjoys. I’m not sure there is any basis of fact for this but for those of us who engage in hunting or shooting, having firm ground in the form of frosty days through December and January makes being out in the fields that much easier.

Don’t get me wrong: a bit of early frost is very welcome, particularly to the game shooter who will be keen to get the leaves off the trees as soon as possible; to the gun standing on a woodland ride it provides a bit better chance of seeing the birds coming, rather than a fleeting glimpse as they disappear over our heads before we can get a shot off.

I recently had the opportunity to join in on a walk and stand day. This in essence means that the guests, and there were twelve of us split into two teams, take it in turns to both stand on a peg and act as beaters. This really took me back to my younger days when this was the mainstay of my shooting; when walking muddy fields and hedgerows in pursuit of a few elusive pheasants or partridges was considered par for the course. I remember these days with huge affection but unfortunately my brain had failed to inform my body that I am in fact now approaching my seventh decade and the stamina that I had in my twenties no longer exists.

Thankfully I managed to stay the course but three days later I was still feeling the effects, with my wife telling me I’m too old. I await my next invitation with great anticipation, as my enthusiasm for this wonderful sport is not diminished by my advancing years.

The imagination and initiative, as well as the generosity, of shooters never ceases to amaze me. We all know about the millions of pounds raised for charitable good causes every year via clay shoots and summer events. Well now every one of us who shoots game during the season and attends a driven day can also make a worthwhile contribution to charity without it costing us a penny. A shooting pal of mine, Glyn Bagley from Lincoln, has come up with a brilliant idea whereby you can donate the cost of your complimentary brace of birds at the end of the day to any worthwhile charity of your choice.

I asked Glyn how it works and he explained that he came up with the idea when he found himself frequently having to refuse his brace at the end of the day – he lived in a block of flats and had nowhere to hang any birds; he also frequently travelled away to shoot and carrying birds was not an option. It occurred to Glyn that there may be thousands of other shooters out there with the same dilemma, so he created a website called donatemybrace.com whereby, with the host’s agreement, you can donate the cost of the birds to charity.

This is how it works: it is estimated that anything up to 100,000 people might be game shooting in the UK every day. If just 1,000 people donated the cost of their brace of birds, based on a very conservative estimate of just 50p per brace, this amounts to £500 per day to go to good causes. All you have to do as a shooter or a shoot organiser is to visit the website and print off the form and the rest is self-explanatory. Basically, the shoot then sells your brace of birds along with all the other game from the day but then puts your donation to one side. At the end of the season, the donation is given to any chosen good cause or charity. It is a fantastic idea and full credit to Glyn for coming up with it. I will certainly be promoting it at every opportunity and I hope you will too, so visit the site, print off the forms and take them with you to your next shoot day.

I have noticed of late that many farmers have been busy cutting their hedges with tractor mounted flails. I know this has to be done but I question the timing. Our hedges provide winter food for so many wild birds and animals and the loss of hawthorn berries, rose hips, sloes and ivy berries are all vital to so many creatures throughout the cold winter months. It just saddens me a little bit that this work could not be done in the spring, when the hungry gap is coming to an end.