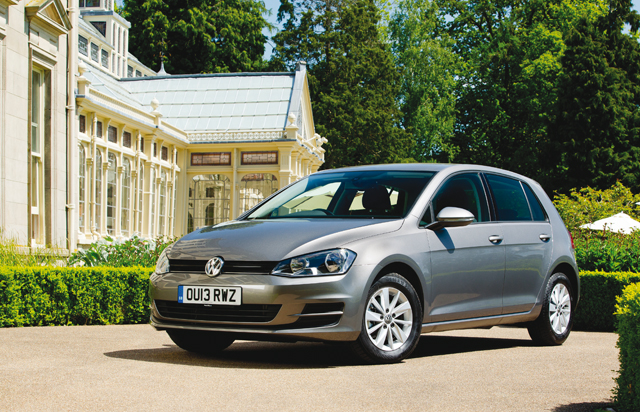 The Volkswagen Golf has added yet another impressive accolade to its trophy cabinet, having been named BusinessCar of the Year 2014 at the BusinessCar Awards.
The seventh-generation Golf has proved hugely successful since it was launched in January 2013, and is the largest, most advanced, and safest Golf ever made since the model was introduced nearly forty years ago. Over 30 million Golfs have been sold across the world during that time. The sixth-generation Golf is a previous winner of the top BusinessCar accolade, having taken the title in 2010.

Commenting on the win, editor of BusinessCar, Paul Barker said: “The Volkswagen Golf is in many ways the perfect company car, combining excellent running costs, emissions, practicality and technology in a way that has clearly impressed BusinessCar’s readers. It is the perfect embodiment of the desirable yet attainable and sensible business car and is well deserving of this 2014 Business Car of the Year award.”

The BusinessCar Awards are the only industry awards decided completely by the industry, as they are voted for by the readers of BusinessCar magazine and www.businesscar.co.uk.

Claire English, Volkswagen’s fleet business development manager added: “I’m delighted to collect this award for the Golf. Previous generations of our bestseller have been popular, but the new technology and advances made in this model take it to a new level. Fleet buyers and drivers have been particularly impressed, not only by the quality, safety and value of the new car, but also by its weight loss and hence lower fuel consumption and carbon dioxide emissions figures.”

She continued: “As reigning European and World Car of the Year, we know the Golf is good. But this award is particularly special, as it’s voted for by readers of BusinessCar and the people who choose it and live with it. It’s a proud day for Volkswagen.”

The latest Golf is built on Volkswagen’s advanced MQB platform or Modular Transverse Matrix. This standardises many vehicle component parameters across brands and vehicle classes, and allows access to new powertrains and technologies, including innovations in the areas of safety and infotainment, which until now were reserved for vehicles in higher segments.

Since its launch in the UK in January 2013, a number of new Golf derivatives have been launched in addition to the standard car, including the GTI and GTD, a BlueMotion and the new Golf Estate.

A high performance R model with 300 PS and fifth-generation, four-wheel drive system is due to arrive in April with an all-electric Golf set for UK launch later in 2014.