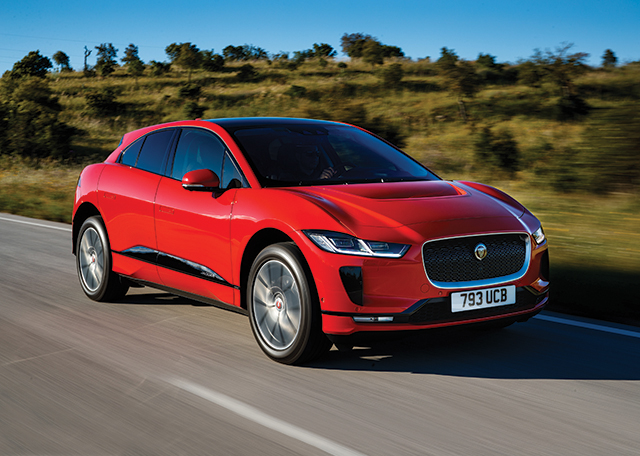 Jaguar I-Pace is Professional Driver Car of the Year

The all-electric Jaguar I-Pace has been judged to be Car of the Year for 2018 by readers of Professional Driver magazine. The I-Pace also won the Green Car of the Year category in the awards, announced in November.
The Jaguar I-Pace is the “game changer” that could allow private hire and chauffeur operators to go all-electric, said Mark Bursa, editor of Professional Driver Magazine: “The I-Pace generated unprecedented levels of enthusiasm at our two-day judging event in September, and we knew we had our likely winner even before we’d added up the scores.

“We’ve never had a car in such demand for test drives, and we’ve never had quite such a torrent of positive feedback as we had for our 2018 Professional Driver Car of the Year. As one judge commented: ‘This could be the game-changer we’ve been waiting for.’

“With a range of more than 250 miles on a single charge thanks to a 90kW lithium ion battery pack, and the ability to rapid charge from zero to 80% in 45 minutes, the I-Pace is a practical proposition for chauffeurs. The lack of a conventional engine gives I-Pace a short bonnet and a long cabin. This has maximised the cabin size, giving rear seat legroom and headroom comparable to an executive saloon, as well as providing a 656-litre boot that is capable of swallowing several suitcases.”

Mark Bursa continued: “The I-Pace is already securing orders from e-chauffeur companies. WeKnow Group is planning to run a major fleet out of Heathrow, while other big operators, including Parker Car Service, have ordered the cars. The I-Pace is fully ULEZ-compliant, and has the daily range to do just about any job without needing to recharge. This makes it a worthy winner of the 2018 Professional Driver Car of the Year Award.”