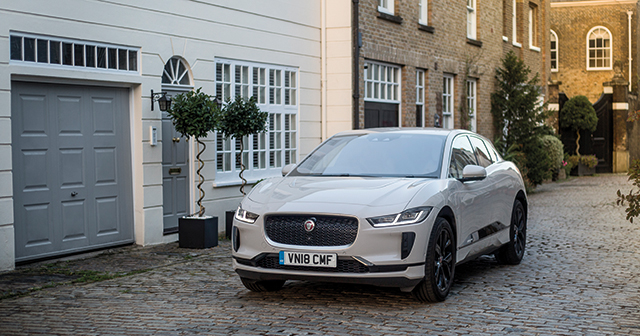 Jaguar I-pace is UK Car of the Year

Rawdon Glover, Jaguar Land Rover UK MD, said: “This latest major award for I-PACE is something we can all be extremely proud of. This car was conceived, designed and engineered in Britain, so to have a selection of the nation’s leading automotive journalists vote it as the overall UK Car of the Year against some stiff competition is a special moment for us. What’s more, I-PACE has been a global sensation, picking up awards in 15 different countries; the British reputation for excellence in innovation and engineering is certainly alive and well.”

The UK Car of the Year Awards are nominated and shortlisted by 29 top UK automotive journalists from publications including Top Gear Magazine, The Sunday Times and Autocar. Designed to highlight the best new cars on sale for UK customers, the UK Car of the Year Awards team puts over 80 vehicles to the test to decide which is deemed the best all-rounder for the British public.

UK Car of the Year judges praised the I-PACE for being ‘miles ahead of the premium EV pack, designed and engineered without compromise for an electric future, unlike big-name rivals still to launch.’ According to other judges the I-PACE ‘gives executives good reason to switch to electric mobility, packaging a long-range battery and powerful drivetrain into a sporty SUV body. It’s an electric car that appeals to both head and heart.’