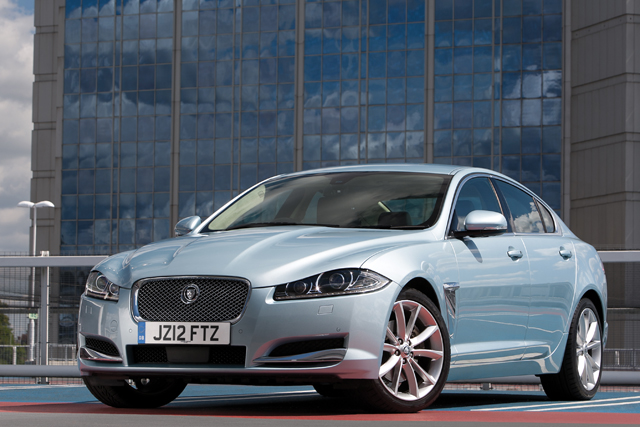 The Jaguar XF has been awarded the title of ‘Best Car’ in its category by the respected German motoring magazine, auto motor und sport, following a poll of more than 100,000 of its readers. It’s the fourth time in succession the XF has won this prestigious award, this year receiving 45.8 per cent of all votes in the ‘upper middle-sized imports’ class – an improved score over 2011.
Speaking from the award ceremony in Stuttgart at the beginning of this year, Peter Modelhart, managing director of Jaguar Land Rover Germany, said: “This award underpins the great work of our fellow workers and dealers. With our state-of-the-art range of models we are ready to attain even more awards in future.”

The 116,000 auto motor und sport readers who took part in the poll voted on 311 different models in ten categories. Since its launch in 2008, the XF has won almost 100 global awards and, significantly updated for the 2012 Model Year with a range of aesthetic changes to enhance its position as the most stylish saloon in its class, it remains the best-selling premium imported car in Germany. Bernhard Kuhnt, Jaguar Land Rover director of European operations, said: “Germany is still one of our most important markets, so against fierce competition we are even happier when motorists recognise us.”

The XF’s latest success follows another recent German magazine award for Jaguar, as Auto Bild Sportscars recently crowned the XKR-S its ‘2011 Sports Car of the Year’.

The XF model line-up offers a broad range of engines including a 2.2-litre diesel unit equipped with Intelligent Stop-Start that’s capable of achieving 52.3mpg, through to a supercharged 510PS 5.0-litre petrol V8 which can propel the range-topping XFR to 60mph in just 4.7 seconds.

The development and testing of a new XF derivative, the XF Sportbrake, is currently in progress with further details to be released shortly.