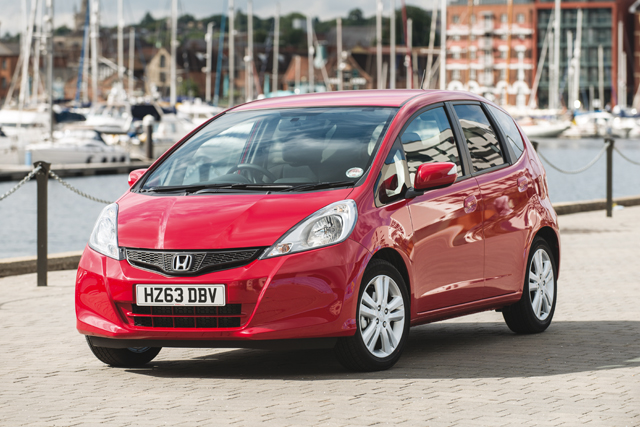 Kaiser Chiefs’ frontman Ricky Wilson rocked up to Honda of the UK Manufacturing in Swindon to pick up his new racy British-built Civic Type R.
Fresh from putting the Civic Type R through its paces on the famous hillclimb at the Goodwood Festival of Speed at the end of June, Ricky is now the proud owner of a Brilliant Sporty Blue model complete with the all-new +R mode button which increases the response of chassis and engine for enhanced driving skills.

“I got in the car and instinctively I knew where everything was, I feel at home in it already…and I’ll get home even quicker!”

Ricky was also treated to a tour of the birthplace of his car and added: “It was like a movie – I could hear the Terminator theme music in my head as I walked around. The technology and scale of the operation is out of this world.”

Since joining Honda as an ambassador for the Civic Type R at the beginning of summer, Ricky has not only raced the famous Goodwood hillclimb but also secured his National B race licence at Knockhill circuit in Scotland, under the expert guidance of Honda Yuasa Racing BTCC star driver, Gordon ‘Flash’ Shedden.

CIVIC TYPE R
Available from £29,995 on the road and in dealerships now, the all-new 2.0 litre VTEC TURBO engine puts 310PS through the front wheels at 6,500rpm and 400Nm of torque at 2,500rpm, both higher than any previous Honda Type R model.

With a top speed of 167mph and 0-62mph dispatched in just 5.7 seconds, the new Civic Type R is not only the most powerful and aggressive car ever to wear the acclaimed red ‘H’ badge but is also the fastest front-wheel drive around the iconic Nürburgring.

Philip Crossman, managing director of Honda UK, commented: “We are quite sure that Ricky is going to have a lot of fun in his new Civic Type R. In fact, we even predict he could have a riot. However, in all seriousness, this brand partnership between one of the UK’s leading rock stars and one of the UK’s fastest cars is a match made in heaven and we look forward to working with Ricky as time goes on.”