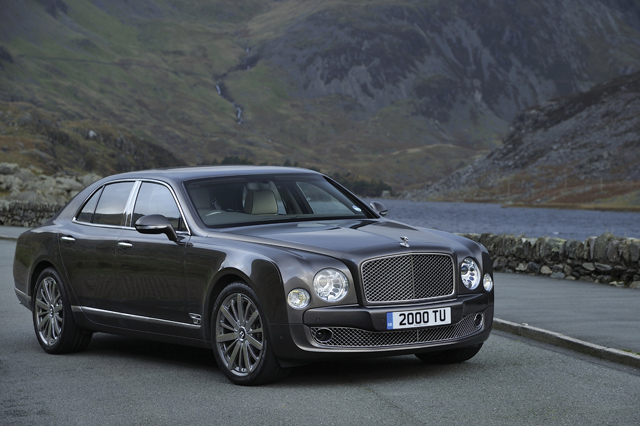 Cars only get you from A to B, right? Wrong. Some are masterpieces of engineering and art that go far beyond the original purpose of a motor vehicle.
You only have to visit a major automotive show to see how many thousands of people flock to glimpse the cars of now and the concepts of tomorrow. They are a magnet for folk – just like magpies to glittery objects. Automobiles enable us to be free; they take us places – discreetly, blandly or boldly, all depending on the sort of car they are and the image the marketing men have created around them.

Bentley needs no introduction. Founded in 1919, it’s accepted as one of the world’s ultimate luxury brands. It’s not just decades of marketing spin either; the facts speak for themselves – over eighty percent of Bentleys are still ‘alive’ and on the roads today. That says something about the legendary build quality of the car.

What struck me about my visit to the Cheshire based plant is the commitment of the staff. Many have worked there not just for a few years – we’re talking decades. That in itself demonstrates the devotion that goes into manufacturing a Bentley. Adrian in the company’s woodshop told me about the veneer that’s harvested from the finest trees and then hand-crafted to fit the Mulsanne’s interior. After that the acoustic experts, or ‘DJs’ as they like to be known, showed how the model is tested using a ‘rolling road’ and microphones to ensure sound and vibration levels are barely detectable from the cabin. It’s mindblowing stuff. The attention to detail is just phenomenal.

The boys at Bentley obviously care deeply about the Mulsanne transporting you in the most glorious style possible, preferably with a chauffeur at the wheel. And why not? After all, it’s a mammoth motorised status symbol – a message to humanity that you’re incalculably wealthy, and a person with fine taste.

Well, I couldn’t resist it any longer and I asked for a chauffeured ride. My wish was granted. Inside, the aroma of leather and wood shrouds you instantly. The scent is breathtaking, almost overpowering. And there’s a reason for this: over 170 hours – that’s almost half the entire assembly process – goes into fashioning the cabin of the Mulsanne. Each steering wheel can take fifteen hours to hand stitch while stainless steel brightware twinkles perfectly, thanks to an exhaustive ten-hour finishing process. The wood veneer Adrian told me about takes five weeks to turn from a rough root ball into a full set of mirror-matched, fine-polished leaves – and a time-honoured tanning process is even used for the leather; this is what gives off the heavy, worn bouquet that is so reminiscent of vintage Bentleys. The entire passenger area is also enclosed within a ‘ring of wood’ waist rail with an uninterrupted panel of timber gracing the Mulsanne’s dashboard. Inverted dial needles within the instrument cluster are suggestive of early Bentleys, while the whole console design is a clever nod to the Bentley wings motif.

Naturally, sitting in the rear of the Bentley is the best place to appreciate the sheer care that goes into constructing the cabin. In the midst of all the wondrous wood and luxuriant leather, you also start to respect how the most up-to-date in-car technologies have been discreetly placed within the opulent interior. The upper dashboard houses a multimedia screen, placed tastefully behind an electrically operated veneered flap, while below sits a leather-lined media player contents drawer with connectors for iPod, USB and more.

Whether in the back or behind the wheel of the Mulsanne, you cannot disregard the sheer shove unleashed from the Bentley’s 6¾-litre V8 engine. After swapping seats with the chauffeur, who’d driven me gently, quickly, yet legally on the roads of England, it was time to experience the car in a different setting. We’d travelled all the way to Anglesey Race Circuit in North Wales and I wasn’t going to pass up an opportunity to see what this 2.6-tonne beast could do without the threat of blue lights.

Heading onto the track I discovered the Mulsanne guarantees vast clout at low revs and self-assured performance, while maintaining high levels of poise at any speed. The powerplant, partnered to an eight-speed auto transmission with steering-wheel mounted paddles, delivers 505bhp – and gobbets of torque. 752lb/ft is delivered at 1,750rpm, which means dramatic pulling power from just above idle and right across the rev range. Dab the accelerator and you’re immediately rewarded with a rumbling V8 burble as well as outstanding acceleration. 0 – 62mph arrives in just 5.3 seconds and the unrestricted engine will propel you to 184mph. Although heavy and full of thump, the car is also stacked with intelligent safety equipment that learns how you drive. This means, even if you try and switch every gadget off on track, the car will stick to the twisty bits with hardly any tail waggle at all – unless you’re daft enough to lose concentration and hit the grass. In my experience the green stuff doesn’t suffer fools gladly at speed.

Put bluntly, the Mulsanne is as near to flawless as you can get. Very few car manufacturers can offer a limousine with this heady brew of athleticism and refinement. So, if you can splash the cash why wouldn’t you want to absorb all of Bentley’s past and present, wrapped up in its crowning glory? The Mulsanne is not just a car: it’s an investment in British history, culture and craftsmanship – and when the moment takes you, power and prowess.