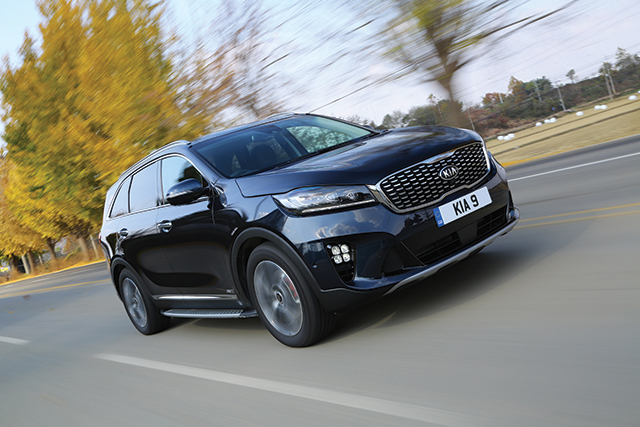 First drive review: Kia is a brand that has been going from strength to strength over the last few years.
The South Korean motor manufacturer is now a serious player in the SUV, family and small car market. It has been on the scene for a while, and it’s time for a refresh to keep the seven-seater SUV in our minds, I had exclusive early access to the new model… but there was a proviso – I had to go to the Far East to drive it.

Kia is debuting a new automatic gearbox in the Sorento, and it has eight speeds. It replaces the six-speed auto transmission, and is only going to be available with the 2.2-litre diesel engine. But this is what I tested, and what I’d recommend you getting anyway. It’s got the grunt and the torque to move you along at a rate that won’t infuriate you, and that’s about all you can ask for in a seven-seat SUV. With 200PS, the fresh, eight-cogged automatic diesel Sorento gets you to 62mph in 9.4-seconds and will hit a maximum speed of 127mph, while returning over 45mpg.

The upcoming 2018 Kia Sorento is like the present one – in the sense that it’s a seven-seat SUV, so you can probably guess how it drives. Supple and comfortable in a straight-line cruising down a motorway or dual-carriageway.

Yes, an SUV is meant to be sophisticated, especially when you’re forking out anywhere between £30,000 to £40,000. This is the region where the likes of Mercedes-Benz, Audi and Jaguar begin to lurk, so SUVs in this sector need to be able to fight their own corner. Comfy seating, more soft-touch materials and tech, such as climate control, cruise control, satellite navigation and a newfound eight-speed auto ‘box make the 2018 Sorento fairly secure in the party of contending SUVs.

The Sorento’s engine has been well-tried in other vehicles, including Hyundai’s Santa Fe, so it should prove free from trouble.

For a seven-seat SUV – a motor that’s not exactly easy to style – it’s a handsome machine. A series of changes to the car’s exterior encompass improved bumpers, LED head and tail-lamps, and a contemporary dark metallic finish to the grille. The outcome is a more erudite and decisive front-end look.

The interior is a quality place to sit and spend time, too. If you’ve not been up close and personal with a Kia in the last couple of decades, go and have a look around. This new model is in the showrooms now. 