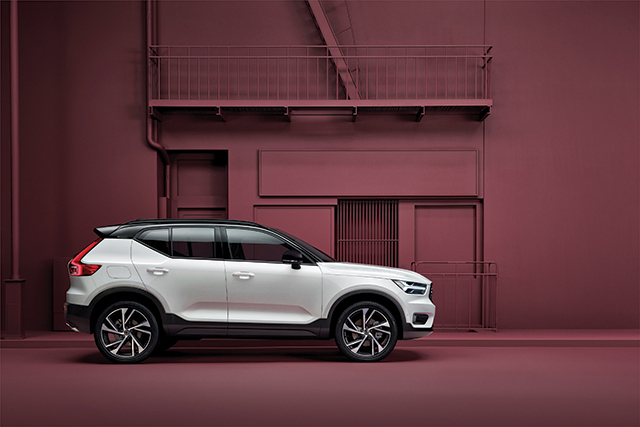 Volvo Cars, the premium car maker, further expands its line-up of SUVs with the launch of its new XC40 small premium SUV in Milan, Italy.

At the same time as it introduces the XC40, Volvo Cars also reinvents the traditional model of car ownership with its new ‘Care by Volvo’ subscription service. Care by Volvo, first available on the XC40 from launch, makes having a car as transparent, easy and hassle free as having a phone.

The arrival of the XC40 means that, for the first time in its history, Volvo Cars has three new, globally available SUVs in what is the fastest-growing segment of the automotive market, paving the way for further growth in terms of sales and profitability.

The new XC40 is the first model on Volvo Cars’ new modular vehicle architecture (CMA), which will underpin all other upcoming cars in the 40 series, including fully electrified vehicles. Co-developed within Geely, CMA provides the company with the necessary economies of scale for this segment.

“The XC40 is our first entry in the small SUV segment, broadening the appeal of the Volvo brand and moving it in a new direction,” said Håkan Samuelsson, president and chief executive of Volvo Cars. “It represents a fresh, creative and distinctive new member of the Volvo line-up. So it only feels natural to reveal the XC40 here in Milan, a buzzing European hotspot for fashion, art, design and lifestyle.”

The XC40 also offers a radical new approach to storage inside the car. Ingenious interior design provides XC40 drivers with, among other things, more functional storage space in the doors and under the seats, a special space for phones (including inductive charging), a fold-out hook for small bags and a removable waste bin in the tunnel console.

Production of the new XC40 started in Volvo Cars’ plant in Ghent, Belgium, in November, while order books and the Care by Volvo subscription package are open for customers now.