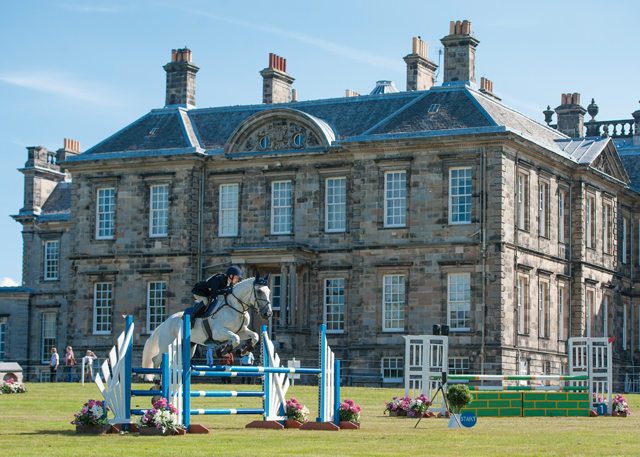 Legendary world-class rider Sir Mark Todd won the Grantham Cup in front of record crowds at this year’s Belton Horse Trials.
Fine weather along with a packed programme of equestrian action and family entertainment meant numbers were well up every day, with footfall through the gate doubling on Saturday.

Event director, Stuart Buntine attributed this to the new partnership established with the National Trust for 2014.

“For the first time this year we ran the event in conjunction with the National Trust under the banner ‘One Ticket One Belton’. This meant that whether you bought a ticket for the Horse Trials or for the House, you could enjoy complimentary access to all the attractions,” he said.

Visitors coming to see the equestrian spectacle were not disappointed, as the line-up of competitors read like a Who’s Who of Eventing. Most of the world’s top riders entered at least one horse in the competition. The starting line-up included world number one William Fox-Pitt and Andrew Nicholson, who rides for New Zealand and takes second place in the FEI world rankings.

The winner of the event’s most prestigious class, the CIC*** was Sir Mark Todd with Leonidas II. He has competed in six consecutive Olympic Games and won two Gold medals back to back. He represents New Zealand but like many foreign riders is based in the UK, where the standard of eventing is probably the highest in the world.

He also took fourth place in the class on his Olympic 2012 ride NZ Campino.

“The two horses are very similar and the result really could have gone either way,” said Sir Mark. “I had not planned to go so fast but having found myself in the lead decided to ride to win!” he said.
Belton is always seen by the top riders as an ideal pre-Badminton run. This year, however, it was certainly not a taste of things to come at the world’s most prestigious four-star event; at Badminton Sir Mark finished fourteenth on his Belton winner and parted company with Campino on the cross-country.

With these two exciting events now over, Belton organisers Bede Events are encouraging riders and supporters to venture north of the border for the prestigious Gillespie Macandrew Hopetoun Horse Trials at the end of June.