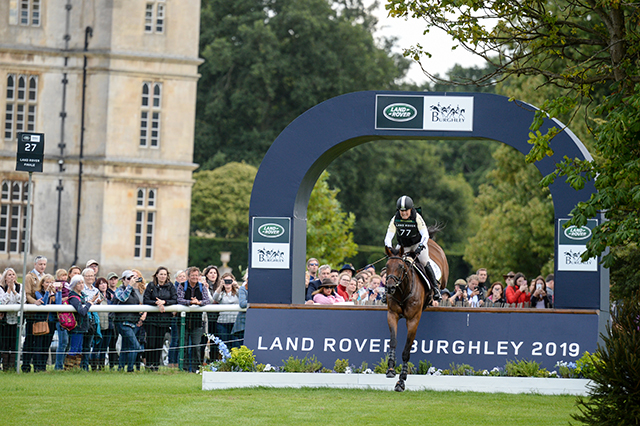 It’s 16 years since Pippa Funnell was the toast of the eventing world after becoming the first person to win her sport’s fabled Grand Slam with champagne drenched victory at Burghley.
After wins in Kentucky and Badminton, the then 34-year old arrived at the grand 16th century English Elizabethan estate and completed the set with her brilliant gelding Primmore’s Pride.

Funnell, 50, and rookie horse MGH Grafton Street led the Land Rover Burghley Horse Trials from start to finish, edging out Piggy French by the narrowest of margins in a dramatic show jumping finale.

It was the three-time Olympic medallist’s first top-level win in 14 years – her passion for the sport rediscovered to prove that sporting life can begin at 50.

“I’m in a state of shock, the whole week has been incredible and it just shows how fortunes can change. I never thought I would win it,” she said.

“I can honestly say a lot of my love for the sport has come back because I have a better balance in my life now. That’s shown this week.

“I’m enjoying splitting my time with other projects and it’s making me enjoy my eventing more. It’s been a long time since I’ve felt pressure like that but it was amazing to see it through.

“What I find really special is the love and support I’ve had from so many people. You want to do it for them because they give you so much and thankfully I’ve been able to do that.”

New Zealander Tim Price, the defending champion, came fifth while Lauren Kieffer was the pick of a big contingent of American all-comers.

But Funnell is now dreaming big. Primmore’s Pride, who she partnered to Olympic silver in 2004, was the horse of a lifetime but perhaps this could be the start of another winning partnership as momentum builds towards next year’s Games in Tokyo.

“Funnily enough I had a good gut feeling when I rode him up to the main arena on Wednesday, ” she added. “I could sense he was excited.

“But I never thought we’d win it. He’s not an easy show jumper and he’s got mistakes in him that can come at any moment.

“He has come close at different events before though and I was convinced he had a big one in him at some point.

“I wasn’t going to give up until I got it out of him but I didn’t dream it’d be here at Burghley this year. There’s still stuff to work on back at home, but I do have to thank him for this win.”

Having previously finished runner-up at Burghley on Vanir Kamir two years ago, French appeared in prime position to go one better and underline her number three world ranking.

Funnell though made 0.1 penalties less – the eventing equivalent of winning by the thickness of a vest.

“You can’t take anything away from her, she owes me absolutely nothing,” said French, who won Badminton with the same horse earlier this year. “She ran her heart out in the cross country and she was a little bit flat in the jumping.

“I’m really lucky to have a horse of this calibre that does keep coming out to perform.

“She is a tough little girl to do what she has done because it takes years to prepare a horse to get it to this level, but to sustain it and keep form.

“She has been second twice and I think she was fifth last year, that is not a bad record for her to have.”

The multi-award winning Land Rover Burghley Horse Trials (September 5th – 8th) has been established as a major international equestrian and social event in the Autumn Sporting Calendar for over 50 years. For more information visit burghley-horse.co.uk