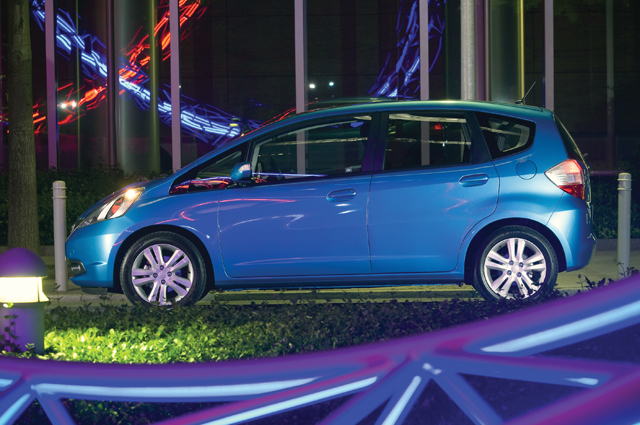 Put some Jazz into your life

Honda is not your ordinary car company and the Jazz is not your ordinary supermini. This is a manufacturer that doesn’t believe in following the herd. It does what it thinks is best and in many cases, turns out to be right.
This is the thought process that gave rise to the Jazz. While other superminis are intent on being sporty and dynamic, the Jazz adopts a boxy shape and builds-in practical MPV design features. While rivals campaign with vast sprawling model ranges, Honda has assembled a small and simple one. Many people won’t understand the Jazz but it’s a car that rewards closer inspection.

There are two modern i-VTEC engines available, a 1.2 and a 1.4. There’s one body style – a practical, stylish five-door.

The 1.2 and 1.4 i-VTEC engines are some of the very best petrol units around. Like all Honda petrol powerplants, they are extremely eager to rev and the best performance is obtained higher up in the range. The engines are very refined giving good performance levels, while offering high levels of economy and refinement. The jazz is available with a manual or automatic gearbox and 2011 marks the return of the CVT 7 speed variable automatic transmission.

As befits the MPV-look of the exterior, manoeuvrability is very good on the Jazz thanks to the wide range of visibility, short overhangs and the tight turning circle.

The car features the Honda Magic Seating system through which the back seats can fold down in one fluid motion into the footwell with the headrests in place. What’s more impressive still is that this action doesn’t involve scurrying around the car to manually slide the front seats forward, it can all be accomplished from the rear door thanks to a convenient set of levers.

Meanwhile, you can also load up the surprising spacious Double Trunk boot which can divide its 399-litre capacity into four different configurations for carrying different loads. Fold the rear seats and there’s 883 litres of space.

Standard safety equipment looks very generous with dual front and side airbags, plus full length curtain airbags on all models. There are also five three-point seatbelts with reminders for the belts in the front and the back. Honda’s VSA stability control system is standard on all but the basic S model.

The Jazz is a definitely an unusual supermini but we didn’t really expect anything else from Honda. It’s at the top of the class for practicality, even trumping some small MPVs, while the petrol engines are highly efficient and the driving experience is ideally suited for urban areas. The car is also very well built, now at the UK Swindon Factory, and should prove reliable if Honda’s customer satisfaction record is anything to go by. Indeed the Jazz has won the J D Power Customer Satisfaction Supermini Award for the last seven years.

Prices start at just £9,995 for the 1.2 i-VTEC S model and rise to just over £15,000 for the top of the range EX models. The majority of models now come with three years free servicing, three years free road tax and a choice of three years low rate finance or two years 0% finance. This means driving a Jazz has never been more affordable.