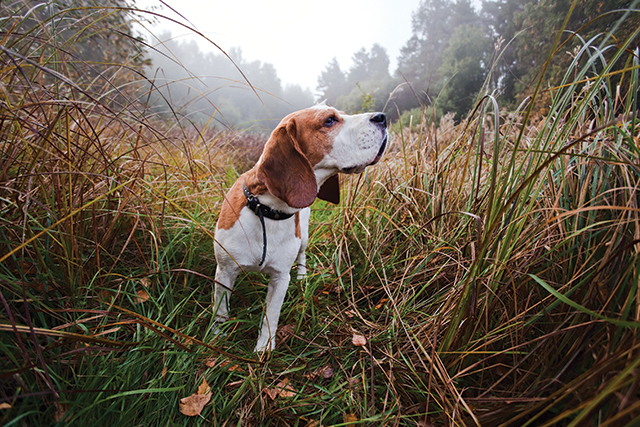 IN THE FIELD…
March winds and April showers bring forth May flowers. I don’t know how much truth there is in this little rhyme but I still recall it every spring when getting out onto the fields in pursuit of ‘Columba palumbus’, our native wood pigeon.

It is a fact that weather patterns are changing as each year passes and a new spring arrives, and this in turn has an effect on our wildlife. Migration patterns are changing as birds that come to us for the summer start to arrive just a little bit earlier each year. Coming out of what has been described as the warmest winter since records began, our native birds seem to have taken the changes on board and decided to take full advantage.

In February I saw mallard ducklings as well as wood pigeons nest building. I also heard of a robin sitting on eggs that hatched in the first week in March. This is all well and good but a cold snap can happen at any time and with few insects available so early, the chances of young chicks surviving is slim.

It’s not just birds that are adapting: many mammals including rabbits and hares are busy doing, well, what rabbits and hares do in spring but just a bit earlier. Even creatures such as Mrs Tiggy-Winkle have not always been in full hibernation throughout the winter but have been spotted out and about on mild days. I’m not sure how these changes will affect wildlife in the long term. Climate change is here to stay and not everything will cope easily, but it’s evolution and ‘whatever will be will be’.

For those of us with a lifelong passion for shooting there is never a downtime. The minute the shooting season ended it was roost shooting and as I mentioned last month I had the opportunity to shoot pigeons from a sixty-foot-high tower in a wood not far from home. It was something I had never done and it was everything I thought it would be. Standing at treetop level as the light faded in the late afternoon, pigeons were coming straight at us totally unaware of our presence and provided an electrifying experience as birds flew past sometimes so close you could nearly touch them. It was great fun and I can’t wait to go again.

We have also been getting into some serious decoying on the chopped maize strips with some good bags being shot, but this only lasts for a few weeks until it is cleared up and ploughed in. But then, of course, the next crop on the wood pigeons’ menu will just be coming through: peas. This crop is attacked at every stage of its growth, from the first green shoots coming through to its eventual harvest, so crop protection is paramount. Growers will use every method at their disposal to deter the pigeons, including gas guns and scarers of every type but it is only really sustained shooting that keeps them off and reduces their numbers.

It would seem our once biggest and most revered animal charity the RSPCA is in further crisis as yet another executive has resigned claiming the charity is so badly run that it is damaging her reputation. With membership and income in freefall it is reeling from criticism of its animal welfare work and its many failed prosecutions over alleged breaches of the Hunting Act that have resulted in cuts to its frontline services, including staffing levels. The reputation of the charity has suffered so badly in recent years. Under its current management it has perceptibly become more of an animal rights lobby group than a charity focused on helping animals in distress. The sooner it gets back on track the sooner it will regain the support of the public at large.

Shooting sports have long been on the curriculum at many private schools but now a state funded school has decided to include the sport with its other outdoor activities including boating, fishing and birdwatching.

West Rise Junior school in Eastbourne has taken the decision to include clay shooting, stating: “Schoolchildren should be given this chance at an early age because handling guns can promote trust, concentration and self-discipline, as well as vital life skills by taking part in clay pigeon shooting.”

I think we can all support the sentiment but I feel it will be an uphill battle to get it included nationwide.

CURIOS
It’s not all sidelock ejectors and pistols…

‘Whistling Dick’ is a two-inch muzzle loading field gun. It is Birmingham proofed for an 8oz load – of course black powder – with a steel lined black painted cast iron 51-inch barrel including breech end. It is painted confederate grey with its matching iron shod carriage wheels. In fact, a reproduction from 1988 of an American Civil War-style gun. These were prevalent from 1830–1880. A shotgun certificate is required, £1,500–£2,500.

James Squires of 14 Newcastle Street, Whitechapel, was part of a gunmaking family in London, all Victorian. This massive single barrelled rotary underlever 4 bore was of course a wild fowler. The naïve depiction of a stricken goose says it all. It has a carved percussion fence non-rebounding back action lock with border engraving and 15½-inch original stock with steel butt plate. The barrel is 46½ inches long, the whole weighing 19lbs 2oz. We think this is a large piece; in 1885 it would have been extreme. The vendor said
he starts with a slow swing and just keeps going, range 80yds. £3,000–5,000.

Thomas Bland made guns to a high standard starting in Birmingham in 1840. They had several unusual designs including 3 barrel guns and 4 barrel pistols. Grandson T Clifford Bland was a keen wild fowler so the ‘Brent’ and Greylag were firm favourites. This rarity ‘New Reign’ was produced in 1955 at a cost of £117-5-0. Three pounds more than the fine quality model A. 28-inch nitro barrels, the rib inlaid in gold, boxlock ejector with automatic safety. The gun has a scalloped back action reminiscent of Churchills Hercules.