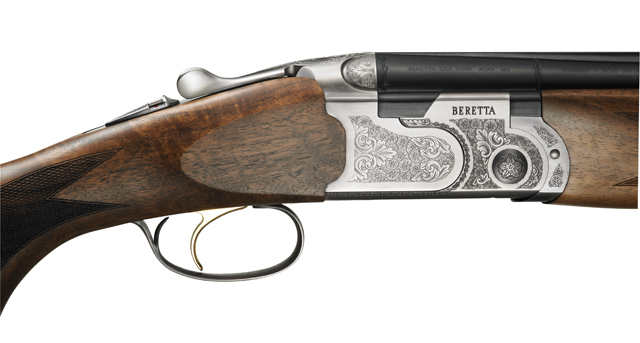 There is always something special about August. Perhaps it is the start of the season’s change, perhaps it is the last few weeks of what we can really call the British summer. Maybe it’s because it is the school holidays and therefore the time when many people are relaxing on holiday. However, as far as these pages are concerned, August is special because it is the start of perhaps the most famous of shooting seasons and a chance to enjoy some sport before the weather becomes public enemy No 1. If your plans are to be out and about in August, may we wish you happy shooting!
BASC YOUNG SHOTS IMPROVERS DAY, EAST YORKSHIRE
Once again we have a BASC Young Shots Improvers Day on our doorstep, with an event on August 26th at Park Lodge Shooting School, West Cowick, East Yorkshire.

The event is open to all Young Shots between 12 and 18 years who have already attended at least one Young Shots Activity Day, or can demonstrate basic shotgun experience and are members of BASC.

These coaching events are aimed at those wishing to progress their shooting skills across a wide range of simulated targets, with coaching on a one-to-one basis with BASC Shotgun Coaches.

Short morning and afternoon sessions on fieldcraft, safety in the field etc. are followed by extensive shooting sessions culminating in team flushes on a driven stand.

All Young Shots attending also receive a copy of the BASC bestselling ‘Handbook of Shooting’ (worth over £18). All for the fully inclusive cost of only £50 per Young Shot.

GET YOUR SIGHTS ON…
WHITE LODGE SHOOTING SCHOOL
You know you are onto a good thing with White Lodge Shooting School in the north of the county when you look at the credentials of its owners, Robert Jobson and his wife Rosemary, who have both represented England at International level.

Robert is also an England International with over forty years’ experience in coaching; Rosemary was British All Round Ladies Champion in 1998 and achieved team silver with England in the 2002 world championships in New Zealand, being sixth lady overall. Rose, our ladies and junior coach, was the clay pigeon shooter of the year.

The White Lodge grounds are set within half a mile of the historic ruins of the monument of Thornton Abbey making it the perfect occasion for a day out in the country.

Light refreshments are also available and for those who prefer to watch rather than shoot there are six acres of mature gardens to browse (twelve acres in all). There is a trout lake as well as large ponds teeming with fish and wildlife, providing some beautiful vistas; the grounds and facilities have been featured many times on television and other elements of the media.

Personal interest, undertstanding and a friendly welcome is the trademark of Whitelodge with beginners, ladies and juniors all welcome and catered for. Don’t forget to ask about their celebrity guests – they’ll show you the photos! They’ll also teach you archery and even catapulting, which is a big favourite with the youngsters.

GOVERNMENT DECISIONS STILL AWAITED
There is growing concern among shooting groups as we continue to wait for the Government’s response to the Home Affairs Committee’s report on firearms control. The Committee was engaged last year with examining whether the current laws governing airguns and firearms were still adequate, following the fatal shootings in Cumbria. Its report was published on 20 December and the Home Office minister at the time, James Brokenshire, said that the Government would respond in detail to the report’s recommendations “in the next two months”.

Nothing was heard until May of this year, when the Leader of the House, Sir George Young, told the Commons that, “the Government will be responding in full at the end of May or in early June.” Still nothing happened but recently a Home Office spokesman gave a statement that the Government will be responding shortly, pointing out that it isn’t limited by whether the House is sitting or not. It remains unclear how the Government will respond to the report in which proposals included a change in the law to create a single system for the licensing of Section 1 firearms and shotguns, based upon the current process for granting licences for Section 1 firearms.

Meanwhile various shooting groups are urging for a quicker response and clarification. Watch this space!

CLUB’S GREAT CHARITY YEAR
The recent annual meeting of Lincolnshire’s top charity shooting club saw members resolve that the club name would be changed to Lincoln Level Shots. There was no change to the committee, except for the Treasurer: Ian Cumber has now replaced John Hannam, who stood down on the evening. The club thanked John for all his efforts during his spell as Treasurer.

The club also announced that its main charity for the coming year (2011-12) would be the Heart Foundation.

More information on the club is available at www.lincolnlevelshots.co.uk