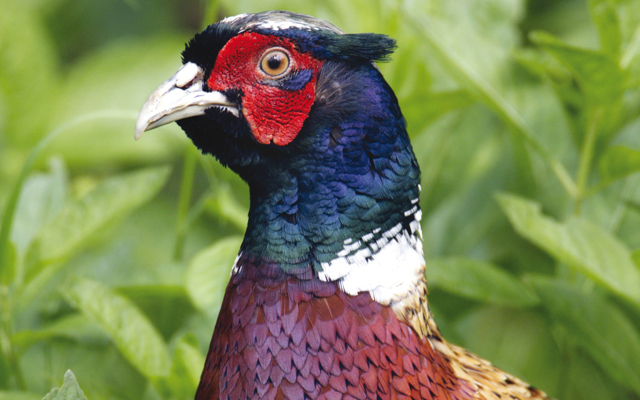 The end of the year is looming but all is not yet lost as there is still time to drop hints about the sort of present you would really appreciate. Just leave a few brochures lying around, mutter a few words now and then such as, “I really must get myself a new….” Of course when it comes to actually unwrapping your gift, don’t be put off if it doesn’t look too gun-shaped. After all, you can’t have too many socks. Oh yes, and very happy shooting.
FOR NEWCOMERS…
British Field Target Association (BFTA)

There are quite a few organisations involved in or affiliated with shooting so, for the benefit of those just coming into shooting sports, here is the start of a guide to who does what.

The British Field Target Association is the governing body for the sport of field target shooting in Great Britain. The objects of the Association are:
• To promote and encourage the safe and lawful use of air and gas powered guns.
• To promote the sport of field target and air gun shooting of inanimate targets.
• To accept the role of protector and public relations agency in the furtherance of the sport and its projected image to the world at large.

The BFTA has nine regional bodies that actively promote and support field target and responsible target air gun shooting across the UK. Through the regional structure, the BFTA encourages a uniformed approach to target and shooting standards. There are currently sixty-nine affiliated clubs in the UK and more than 2,200 members.

In addition to promoting greater participation in field target shooting at a ‘grass-roots’ level, the BFTA also runs the national ‘Grand Prix’ series of competitions, which culminates in the end of season spectacular, The Showdown. The Grand Prix series events are held across the country, with each region usually hosting one of the nine rounds.

In order to shoot in a BFTA sanctioned event you must become a member of the Association, at which time you will be given a ‘grade’. This grade is based upon your performance over a six-month period, and ensures that competitors shoot against others of a similar ability.

The BFTA also organise several major open Championship events including the BFTA Championships, BFTA Masters and European Field Target Championships. The European Championships are held each year at the Midland Game Fair and is considered to be the world’s most competitive field target event.

GREAT YEAR FOR GARY
It has been another great year for clay pigeon shooter Gary Taylor who not only won numerous competitions but had the honour of being named captain for the first time for England’s home international in Ireland in August.

The twenty-year-old Riseholme College student led the Olympic Skeet team for the first time at the Esker Shooting Grounds, in Banagher, County Galway, on 20th August.

“Because he is the most consistent representative, England decided to make him captain,” said Gary’s proud dad, Mick.

“I think he was quite shocked when he received the news. He was not really surprised to be called up but to be offered the captaincy took a bit of time to sink in.

“At first he did not want to do it because he knew he would have to sit at the top table at the ceremony after the event and make a speech.”

Taylor, who is studying Arboriculture, is a former Robert Pattinson School pupil.

The Thorpe-on-the-Hill marksman receives funding from Lincoln Sportsman’s Club and the Lincolnshire Elite Athletes Programme (LEAP) and was named the 2007 Lincolnshire Sports Partnership Junior Sportsman of the Year.

He also won gold at the Commonwealth Shooting Federation European Division in 2009.

Of course, Gary now has his sights on next year’s Olympic Games – and a gold medal!

… AND FOR AARON HEADING
Lincolnshire has another shooting star in its midst: Aaron Heading, who won gold in the men’s trap singles at the 2010 Commonwealth Games and believes he can set a new world record at London 2012.

The twenty-four-year-old Long Sutton shooter revealed that winning Olympic gold has been a long-term ambition.

“My aim is not just to win gold, but to set a new world record,” he said. “The day I realised it was an Olympic event it became the target, and when London won the bid for the Olympics it became the thing I wanted the most.”

Heading held his first shotgun certificate at the age of nine and has been encouraged all the way by his parents.

His mum, Lyn, who has travelled the world following her son, admits that to watch him competing at the Olympics would be an emotional experience.

“At the moment we have no tickets, but we’ll pitch up and watch him on the big screen,” she said. “It’s something he enjoys doing, so we are with him all the way.”

Aaron’s dad, John, believes that his son has time on his side and will go on to represent his country in future Olympics.

“At the moment he is number one in Great Britain and if he gets the chance to go to the Olympics that is the goal,” he said. “I can see him going on to compete in the next three or four – this is just a step in the right direction, if he goes.”

SHOOTING FOR ALL
There is no need for anyone to be left out of shooting for sport. Those who are disabled will find many clubs with facilities and a warm welcome. One such club is Lincolnshire Shooting Centre which provides for people with physical disabilities and offers details of their hundred-metre rifle range, archery and air rifle shooting facilities. Includes contacts for would-be disabled shooting sports men and women.

CHRISTMAS SUGGESTIONS
In the shooting world a question I am often asked by customers is what gun to buy a young shot for Christmas – the debate of .410, 28 bore or 20 bore. The truth is there is no hard and fast rule with this depending on the size of the child. What I usually suggest is either a .410 for a young child to get used to carrying a gun, the safety aspect of loading and unloading the gun, and swinging the gun. Then they usually move on to a 28 bore or a 20 bore. In over and unders these two last bores tend to be the same weight, the only difference being the recoil – the 28 bore giving slightly less than the 20 bore.

In side by sides there is a more significant difference between a 28 bore and a 20 bore, depending on the make of gun. Two makes sell more than others: The Beretta in 20 bore over and under. This gun weighing approximately six pounds is single trigger with automatic safety. It starts new at £1,550 and a good second-hand one ranges from £800 to £1,000. These guns come straight from the stock and can easily be altered either way for a youth. The other option in the side by side market is typically the AYA range which comes with a proper 20 bore or 28 bore action. Again this can easily be altered left or right and the length easily adapted.

In .410s the most popular seems to be the single barrel gun which is very light and easy to handle, and for a youngster to get started this can be the ideal gun to be used; a good second-hand one can be bought from £50 and a new one from £150.