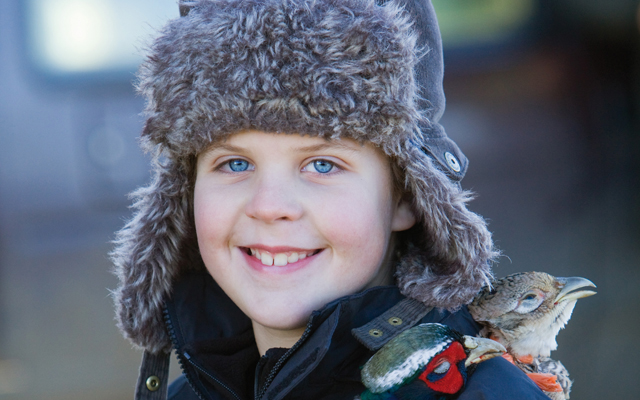 The Gunroom provides the best platform for all shooting pursuits – Send us your news on editorial@lincolnshirelife.co.uk
IN THE FIELD
To the game shooter, late autumn and the run-up to Christmas is countryside heaven. By now the shooting season is well underway and the early partridge days are now starting to give way to regular pheasant days.

The leaves are really coming off the trees and the weather is hopefully becoming a bit more wintry. As much as we love the warm, balmy days of late autumn, with hedgerows laden with wild fruit and the trees displaying the last remnants of their golden display, nothing quite beats a crisp, frosty morning gathering with friends in anticipation of the day’s sport ahead.

Arriving on a shoot day is always a special occasion, whether as an invited guest or as a syndicate member; it always engenders a feeling of pleasure as the ‘meet and greet’ unfolds. You may be meeting regular shooting companions or total strangers but the feeling is always the same, that of mild excitement mixed with a calm intent. It matters not if it’s a large, formal affair on a grand estate, or a small gathering of pals planning a mooch around a few spartan acres; all are kindred spirits and gain exactly the same enjoyment from their day out in the field.

The grey squirrel has been in the news of late and has upset a few of the fluffy bunny brigade. It started with celebrated country chef Hugh Fearnley-Whittingstall serving up a tasty recipe featuring this much-maligned tree rodent. His son had apparently been potting a few off in the garden with his air rifle and Hugh was using them to cook up a tasty meal. This, of course, got the usual suspects including the League Against Cruel Sports and the RSPCA hot under the collar.

Then HRH Prince Charles publicly declared war on the grey squirrel on his estates, in order to protect both wildlife in general but mainly to assist the diminishing red squirrel, which is under threat from a disease that is carried by the greys. No one disputes that the greys must be controlled, not even the animal rights lobby, but the thought that we might actually turn Squirrel Nutkin into dinner made them blow a fuse.

As regular readers of this magazine will know, pigeon shooting is my passion and I try to indulge it at every opportunity because unlike game shooting it can be undertaken all the year round. The woodpigeon is a serious menace to our agriculture, with the damage caused running into millions of pounds annually. During the game season from October until the end of January, however, it does take a bit of a back seat, but that is not to say that control should not be undertaken if a build-up of birds occurs on any given crop.

Things may not always be as they seem, though. I recently got an urgent call from a farmer saying that pigeons were on a freshly emerging rape crop and could I come quickly. I arrived early the next morning and quickly got set up, but it soon became apparent that it was gleanings on some overwintering barley stubble in the adjoining field that was the attraction. A quick move at ten o’ clock put me under a busy flight line and by three-thirty in the afternoon I had accounted for 161 birds.

Now it could be said that these birds were doing no damage, doing nothing more than cleaning up spilled grains, but as soon as the gleanings were gone they would move on to the rape, so better to reduce the problem there and then. It is a fact that dead pigeons do no damage. Also, all of the pigeons I shoot go to a raptor centre to feed birds of prey, and so serve a very practical use.

Well, Christmas is almost upon us and many youngsters, and I suspect a few adults, will be looking forward to the festivities. For the adults it’s a chance to indulge the children and grandchildren with gifts of the practical and sometimes not so practical kind. In this technological age the electronic device is king and is the ‘must-have’ in terms of education and communication. Yes, I too have some of these devices despite my advancing years. I realised some time ago that if I did not make an effort to keep up I would be left behind, but of course we should not forget that youngsters in families that hunt, shoot or fish will still welcome with huge anticipation their first rod or gun – not forgetting all the paraphernalia that goes with these pursuits. The joy is in the giving, as well as the receiving. Merry Christmas!