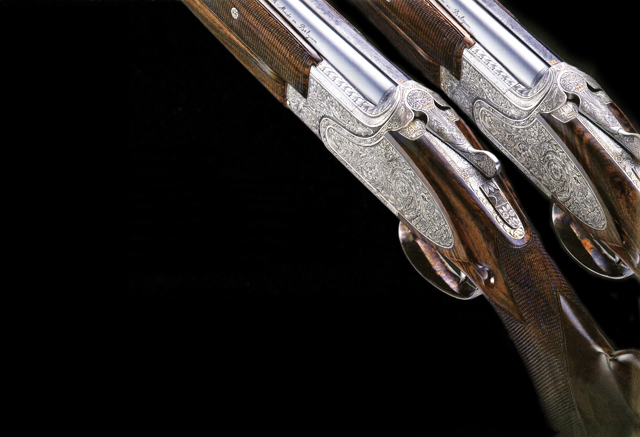 The Gunroom provides the best platform for all shooting pursuits – Send us your news on editorial@lincolnshirelife.co.uk
IN THE FIELD
With the game shooting season over and a new year beginning, shoot managers and gamekeepers will be assessing how it all went and perhaps looking at ways improvements might be made.

February signals the end of the game shooting season. This means that all those pheasants, partridges and ducks that have made it through are now safe.

The exception are ducks and geese on the coastal marshes, where the season is extended until the 20th, as most are migratory species and will not be heading back to their breeding grounds for another month.

As for improvements for the coming year, these could be in the form of moving cover crops so that birds may be shown better on shoot days, or maybe just standing guns further back to give birds more time to get up to full height and speed, as no sportsman gets any satisfaction from shooting any bird that does not present a challenge.

With the coming of spring everything starts to happen in the countryside; from the first rooks raucously restoring old nests, to the first buds appearing on our wild flora. It is a time of new growth and creation, but it does not all happen on its own. All of our landscape is actively managed on a day-by-day and week-by-week basis; there is not a week goes by when farmers and keepers are not getting ready for the next stage of the evolutionary process, whether this is crop rotation or wildlife management.

One initiative that is taking place at present is the Big Farmland Bird Count, or BFBC for short, coordinated by the Game and Wildlife Conservation Trust. It has throughout January been conducting a count of our wild birds in order to assess their numbers and to look at ways of helping those that are diminishing in numbers. Farms all over the UK took part and the numbers are being crunched as we speak.

This is the second year of this project, embraced by all the stakeholders involved. It has long been recognised that nature and our wildlife, including birds, needs a helping hand from time to time. Ground nesting birds such as lapwings, skylarks, curlew and all our gamebirds as well as the hen harrier, that also makes its nest on the ground, are all at risk from predators such as foxes and crows, and it has been shown categorically over many years that a level of predator control is vital if we are to continue to enjoy the sights and sounds of these wonderful birds. With the results still coming in, they will be published in March and will be featured on BBC’s Countryfile programme.

February is the month when we start to get back to regular forays out after the farmer’s enemy number one, the woodpigeon. During the shooting season, many of the woods and fields have been out of bounds, as game has taken priority and could not be disturbed, but now we can go wherever the pigeons are causing a problem.

Oilseed rape is always a big draw with birds, sometimes numbering in their thousands, but initially it is in the woods this month that many will be shot. Known as roost shooting, the first four Saturdays after the game season every wood will be manned by mid-afternoon, in order to intercept the birds as they come back to roost for the night. For a couple of hours shooting can be fast and furious, as birds are pushed from wood to wood before darkness prevails and shooting ceases.

To the ill-informed it may appear a little heartless shooting them as they try to rest for the night but the pigeon is now Britain’s most numerous bird and every effort has to be taken if we are to keep their numbers down to a manageable level. Woodpigeons eat their way through millions of pounds worth of crops every year; this affects both the quality and the quantity of produce in our shops as well as the price we pay.

A couple of events of interest to those of you who shoot are also coming up this month. Firstly on the evening of Wednesday 25th is a meeting of the Lincolnshire Grey Partridge Group in the Rural Science Building at Riseholme College, starting at 6.30pm. Speakers will discuss various issues and ways of helping this iconic little game bird. Tickets are available from Lynda Ferguson at the Game and Wildlife Conservation Trust on 01425 651013.

Two nights later, on Friday 27th at North Kyme village hall, there is a charity evening event for shooters and country folk. This will provide guests with the opportunity to meet and chat with like-minded people. In attendance will be MGR Guns of Woodhall Spa, as well as guest speakers and gun valuations by Holts Auctioneers. Tickets are £2.50 on the door and it starts at 7pm.