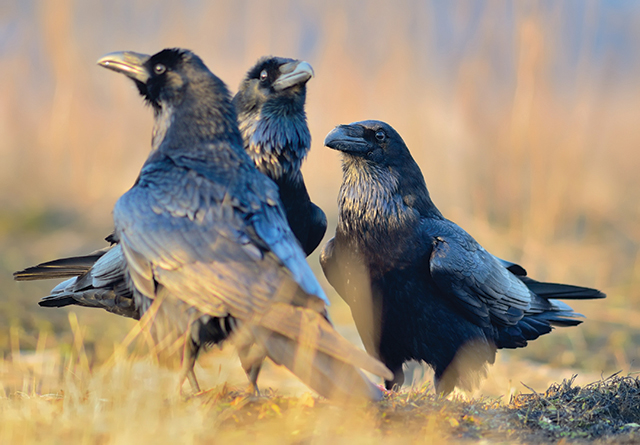 The Gunroom provides the best platform for all shooting pursuits – Send us your news on editorial@lincolnshirelife.co.uk

With the days just starting to stretch out a little, we can with a bit of luck start to look forward to the onset of spring, but how has this past shooting season been?
I know for many it has exceeded expectations, with some fantastic shooting right up to the very last day, whereas for others the shooting had tailed off by Christmas. This also happened to many shoots last year and it has been suggested that there are a number of reasons for this, not least the succession of what we would term mild winters. Particularly in Lincolnshire we are not getting any extended periods of cold weather in December and January. At the beginning of the year, the shoot managers and keepers will pray for some cold weather to pull hungry birds onto the feed rides in the main drives, to ensure birds can be put over the guns on the final shoot days.

Now with the game shooting season over we can hopefully start to look forward to longer days and a different direction in terms of our shooting sport. In the first weeks of February there will be the traditional Saturday evening forays into the woods for wood pigeons. The general plan is to get as many guns as possible out into the woods in order to keep the birds on the move; this way they are prevented from just dropping in and going to roost. With a good wind blowing and all the woods covered, it is possible to have some great sport while at the same time helping the farmers to keep the level of this farm pest down to an acceptable level.

Also in February it may be necessary to hold a hare shoot if numbers permit. A decision on this will always be taken at local level by the farmers involved, as no one wants to see the hare eradicated but if there are too many, just like the pigeon they can do extensive damage to crops, particularly young sugar beet plants. One hare can work its way up a row and eat dozens of plants at a time, so keeping populations to an acceptable level is all part of good farm management and keeping the balance between our wildlife and the farmland that helps to provide so much of the food for our burgeoning population.

Shooting pigeons over decoys will now be high on the agenda for so many people that have perhaps been making up the beating and picking up teams on shoots that have up until now been out of bounds. Pigeons will already have been hitting the oilseed rape in big numbers but with such huge acreages being grown it is difficult to get a good bag, as birds will very quickly depart for somewhere quieter. But with maize cover crops soon to be chopped, it provides a bumper opportunity for the pigeons to feed up on the high protein maize but also gives the shooter a focus point to perhaps achieve some bumper bags.

Frequently shooters will get together on a given day and try to cover as many strips as possible to maximise the opportunity, but by and large it is a fairly solitary occupation. I tend to team up with my pal George and we work together, which splits the effort involved in carrying equipment as well as building a hide and of course clearing up at the end of the day – with neither of us in the first flush of youth, it works very well.

Rooks are now in huge numbers in the country and as one of the first birds to start nesting will now be busy with the task. It is not uncommon for rooks to start laying in February, regardless of how wet or cold it might be. In years past these birds were seen as agricultural pests but in more recent times it has become accepted that they may in fact do more good than harm. For most of the year their diet will consist of insects and invertebrates that are in fact more damaging to crops than the bit of grain that they take at harvest. Again, it’s all about finding a balance and we are all still learning.

Finally don’t forget that the first fair of the new year is the Shooting Show at Stoneleigh Park in Warwickshire, 10th–12th February. It’s all indoors and showcases all the latest kit that one is ever likely to need. It never fails to exceed expectations and I’m sure it will be no different this year, don’t miss it.