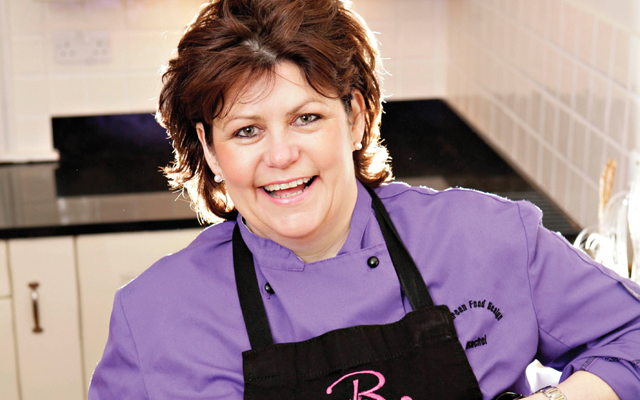 So, here we are, the start of another year as we drift into January. For some, this month means New Year resolutions and often the hope that 2011 will be a memorable year of sport. Of course, for a number of people it will be a year of picking up a gun for the first time, especially if they have received a gift club membership. What a gift it might be to launch someone else into any of the varied disciplines of shooting. How often have we seen that today’s novice is tomorrow’s gold medallist and we have clubs all over the country offering a big welcome to new talent. Christmas has gone but it is not too late to buy your favourite people memberships.

RACHEL’S GAME
TV celebrity chef Rachel Green was a popular lady in the new Taste of Lincolnshire Food Hall at the Indoor Roadshow held in Spalding recently. She provided game cookery demonstrations which gathered the biggest crowds of the day. Interestingly, the show coincided nicely with BASC’s National Taste of Game Fortnight.

FOR THE CONNOISSEUR
PIGSKIN GUNCASE – Attractive guncase in top quality pigskin. The case is compartmentalised for stock, barrel, forend, tools and cleaning kit. It is lined in soft felt, has two strap and buckle closures and a brass lock.

NEWS
Game shooting and Gamebird keepers may face a new tax. Proposals for a new ‘animal disease’ tax to be levied on game shooters, gamebird keepers and others has raised more than a few eyebrows.

A spokesman for the National Gamekeepers’ Organisation described the decision as a ‘downside’ to the spending review, but expressed relief that the policy of a levy on poults proposed by the previous government had been dropped.

He said: “The farming minister recently indicated that the idea of a ‘poult tax’ would not go ahead, but clearly there is a Bill somewhere in the pipeline for the shooting world.”

Jonathan Crow, chairman of the Game Farmers’ Association, said: “Given the current economic climate, we expected an element of cost sharing, but it is too early to say what the implications will be. The game farming industry has representatives on the Poultry Health and Welfare Group, which will report back to DEFRA once the consultation process has begun.

“A new Animal Health body is likely, part of its remit may be to administer the scheme, but how it is made up, and what will be the share of cost between government and farming is yet to be determined. The good news is that farming minister Jim Paice MP seems readier than his predecessor to listen to producers’ concerns.”