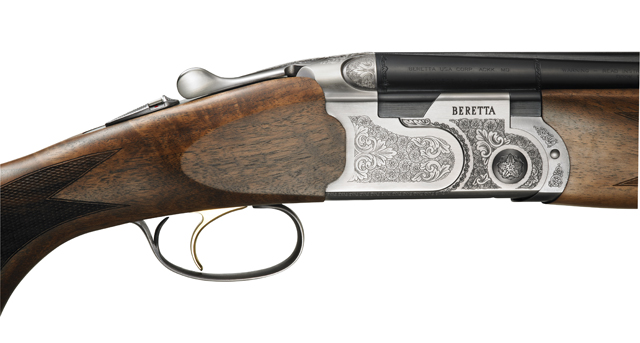 Welcome to another year and a chance for the spotlight to be turned on shooting sports and disciplines as the Olympics approach. We have a number of shooting stars from our county who are likely to be competing and interest in shooting continues to grow. So shooting in Lincolnshire, including archery, is in a very healthy state as we start 2012 and everything points to this being one of the best years ever for success among the experienced shots and for the sport to grow even more popular in all its elements. Here’s to 2012 then!
IN OUR SIGHTS… FEN CLAY
Fen Clay, near Sibsey, has been established for many years, having formerly been known as The White Hart Clay Pigeon Club. The club caters for all kinds of shooters from the complete novice to higher levels.

Fen Clay prides itself on a friendly atmosphere with rules that are not too rigid, but always in the realms of safety. The club offers shoot sporting discipline and provides a forty-bird shoot twice a morning with a coffee break in between and a chance to change the course for the second round.

The club holds full exemption with Lincolnshire Police and so is able to loan guns and equipment and sell ammunition to shooters.

Anyone can have a go, as the aim is to increase interest in clay shooting and gain members to enjoy the sport rather than concentrating on competition success. Fen Clay has full CPSA affiliation and therefore has a committee and safety officers on hand.

The club caters for everything from corporate days to coaching and encouraging youngsters from the age of six years, as long as they are accompanied by a parent or guardian.

Fen Clay can be found off the A16 near Sibsey, along Suttling Dales Lane.

Currently the club has forty-six members and rising with an average turnout of thirty plus and new members are, of course, very welcome. More details are available from the secretary, Dennis Fowler on 07957 850648 or email: fowlden@hotmail.com.

In order to shoot in a BFTA sanctioned event you must become a member of the association, at which time you will be given a ‘grade’. This grade is based upon your performance over a six-month period and ensures that competitors shoot against others of a similar ability.

The BFTA also organises several major open championship events including the BFTA Championships, BFTA Masters and European Field Target Championships. The European Championships are held each year at the Midland Game Fair and is considered to be the world’s most competitive field target event.

DID YOU KNOW?
When the modern Olympics began in 1896 in Athens, sixty-one competitors took part in the shooting events. Some fifty of them represented Greece! Only six other countries took part, including two shooters from Great Britain. There were five golds up for grabs – Greece won three and the USA won two. Denmark took a silver and two bronze medals but nobody else featured in the medals ceremonies.

ARE YOU READY FOR… THE BRITISH SHOOTING SHOW 2012
The fourth annual British Shooting Show takes place next month at the Newark Showground, on 25th and 26th February and looks set to be even bigger than the record-breaking, mammoth 2011 show.

With 160,000 sq ft of shotguns, rifles, airguns and accessories the show has grown incredibly in just a few years and the 2012 has even more exhibitors and attractions than ever before.

Visitors travelled from all over the country for last year’s show and there were attractions for all ages and all experience levels so this really was, and is, a family day out.

More details in next month’s edition of the Gun Room but don’t forget to put the dates in your diary. This is a very special show to get us off to a flying start in this very special year.

COUNTRYSIDE ALLIANCE CHIEF EXECUTIVE LEAVES HER POST
The Countryside Alliance announced last month that its chief executive, Alice Barnard, is to quit her role, only fourteen months after her appointment. Mrs Barnard, who was previously the director of the organisation’s eastern region, will take up a new role as the chief executive of a leading education charity.

In a statement, she said: “My five years at the Alliance have been some of the best years of my life, and I would not leave the organisation if I didn’t feel that the opportunity that presented itself to me was one that I could not miss out on.

“I am confident that the organisation will go from strength to strength, and I will continue to be a vocal supporter of the Alliance and its aims.”

The CA says it will be ‘kept on a firm footing’ during Mrs Barnard’s period of notice and that activities will continue as normal, ‘smoothing the transition to the new chief executive’.

The organisation’s chairman, Kate Hoey, said: “The whole board is very sorry to see Alice leave and we wish her well in the exciting opportunity that she is taking up. Under her leadership, the Countryside Alliance has been reinvigorated and resourced to continue to push the positive case for the countryside, and to fight its many threats.

“Alice leaves the organisation in great shape to continue that fight with a growing membership, a growing strength and a growing conviction. The board wishes Alice every success with her future endeavours.”

One of the many functions of the CA is the protection of wildlife and country sports and activities in a very pro-active way, a style which will continue under a new chief executive.

PIGEON GUNS
With the season coming to an end a lot of people move onto pigeon shooting and decoys.

I am often asked which are the best guns for this and I tell people to stick with the same gun they have used during the season but use a slightly heavier cartridge such as five-shot, as pigeons can take a lot of shot.

Many people who shoot pigeons usually go for a semi-automatic which gives the option of three shots, and when pigeons are coming thick and fast the three-shot is always an advantage. The semi-auto market has increased greatly and now there are a lot of good utility models available from as little as £300 that will do the job adequately.

Still the old favourites are the Remington 1100 and Browning A5, however these days people tend to use the Beretta, Benelli and Turkish made semi-autos such as the Escort. When buying a semi-auto it should be remembered that the 28” handles like a 30” gun, as the receiver is longer from the trigger to bear the cartridges. Again a good second-hand semi-auto is worth buying if you are unsure whether it will be used for shooting pigeons; then if it does not prove satisfactory there is not as big a loss as there would be with a new gun.