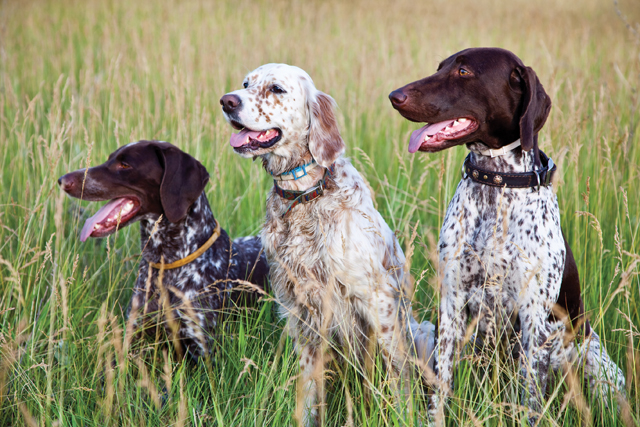 The Gunroom provides the best platform for all shooting pursuits – Send us your news on editorial@lincolnshirelife.co.uk
BIGGEST EVER GUNMAKERS ROW AT CLA GAME FAIR 2013
With 171 exhibitors covering more than 26,000 square metres, Gunmakers Row will showcase the best and newest products from the most prestigious English gunmakers, dealers and importers.

CLA Game Fair director, Andrew Crawford said: “Gunmakers Row is phenomenal this year. It’s the biggest it has ever been, with all our top manufacturers and retailers taking bigger stands.

“Expert advice will be on hand and shoppers will be able to talk to suppliers and scrutinise the craftsmanship of many fantastic guns.”

As well as stands selling kit and accessories, such as boots, binoculars, shooting sticks and sporting optics, showgoers will have the chance of some hands-on action at the airgun range organised by Airgun Manufacturers Trade Association (AMTA)

Mr Crawford added: “Gunmakers Row will cater for every shooting need this year and when shopping for all the latest exciting products becomes too tiring, the Gunmakers Pub provides the perfect break.”

Adult ticket price: £26 in advance or £30 on the day (Friday), £21 in advance or £25 on the day (Saturday or Sunday). Further discounts are available for Juniors (10-16), Families, Groups and Senior Citizens. CLA members receive a special allocation of free and discounted tickets and badges to the exclusive CLA Members’ Enclosure, as well as access to Premium Parking. Children under 10 and parking: Free.

SHARP SHOOTING BY RISEHOLME STUDENTS
Riseholme students were bang on target at the 27th Agricultural College’s National Clay Target Shooting Championship, at Warwickshire College. Team member Rob Russell was the standout performer, winning the competition as Top Gun with a perfect score of fifty out of fifty clays.

His success comes as no surprise – the sure-sighted nineteen year old retained his title from last year, when he won the competition with a score of forty-nine. Rob also shoots for both Team GB and as a member of the England juniors, and recently returned from the 2013 World NSCA English Sporting Championship held in San Antonio, Texas.

From Stamford, South Lincolnshire, Rob grew up on the family farm and was taught the basics of shooting by his father, who also runs a clay pigeon shooting school. In fact, he gave his proud dad the top-of-the-range gun slip he won as Top Gun in Warwickshire. Rob has his sights set on Olympic glory, saying, “I started shooting when I was six and entering competitions when I was fourteen. I definitely want to continue and am aiming for Rio de Janeiro in 2016.”

FROM WHERE I’M STANDING
Midsummer often signals a bit of a lull in the pigeon shooter’s diary, as the crops are all well grown and the risk of damage is at its least.

On the game shooting side, however, everything is at full throttle in preparation for the coming shooting season – in particular, the gamekeepers and game farmers who are busy getting pheasants and partridges out into the pens and ready for release.

Rearing game for shooting is often a contentious issue for those who don’t always understand all that goes on the countryside. They might feel that rearing a pheasant or a partridge just so that it can be shot cannot be justified. Of course, they fail to see the wider picture whereby shooting has become a huge and vital part of the farming economy and not just an opportunity for toffs to get out into the countryside and bag some birds.

For many farms and estates, game shooting makes a huge contribution to the farming economy and is not just done for fun. Shooting as a sport is enjoyed by up to one million people in its various forms. The vast majority do not own land, or have free access to shooting, so like golfers or any other sportsmen they have to go where the facilities are provided for them and pay for their sport.

Behind the scenes this provides employment for many, and much valued income from the land. On a wider scale the boost to wildlife in general is immense; what benefits game also benefits a huge variety of other creatures, from insects to barn owls. With woodlands, cover crops, hedgerows and beetle banks all managed for game, as well as a level of vermin control, all other species flourish. The land can be a cold and barren place in wintertime but thanks to shooting food and shelter is abundant.

Game shooting takes place in the wintertime, which means that guns may not meet for six months. The warm days and long evenings of summer are ideal for holding a barbecue and clay shoot, a chance to brush up on your skills and to meet up with friends including keepers and beaters. I help to look after a syndicate on a shoot just over the border in Nottinghamshire and we have just such an event coming up and I am greatly looking forward to it.

At long last the government has issued a licence for the control of a problem buzzard. The mandate has always been in place but ministers have been terrified to implement it for fear of upsetting various wildlife and bird group. Both the RSPB and the RSPCA have spat their dummies out and demanded that no more licences be issued, despite being quite happy for licences to be issued for the control of cormorants. This smacks of double standards, as there are now far more buzzards than cormorants. Of course, banging on about the persecution of birds of prey keeps the collection tins rattling, and without valuable donations neither group can keep themselves in the manner to which they have become accustomed.

On a much lighter note, during the school half-term at the end of May my wife and I took our twelve-year-old granddaughter to a wildlife park not far from Lincoln. We had not been before and I must confess I was a little sceptical at the prospect of walking around looking at forlorn creatures in pens. I was pleasantly surprised, however, by the sheer variety of animals and the interaction between them and the public, not least the children, who in the main probably come from an urban environment and don’t get the opportunity to get up close and personal with animals, with everything from lemurs and meercats, to horses and butterflies. The children could see and touch many of them. The day included a flying display of birds of prey and pig racing and the children – and probably most of the adults – had a great time. It was well worth the visit.
See you in August.

UNITED RETRIEVER CLUB LINCOLNSHIRE AREA
Presentation of the cheque for money raised at the Lincolnshire Area of the United Retriever Club Charity Gundog Working Test in aid of Lincolnshire and Nottinghamshire Air Ambulance.

The Lincolnshire Area of the United Retriever Club held a Charity Gundog Working Test at Raithby, near Spilsby in March. Thanks to the generosity of everyone at the charity day, £872 was raised for the Lincolnshire and Nottinghamshire Air Ambulance.

A group of committee members presented the cheque to Heather and Tom Chambers on Monday 29th April before giving the recipients a short demonstration of gundog work.

Holt’s offer the vendor a true marketplace value, whether a Purdey or modest single barrelled gun. Their market is worldwide and appreciating. They also run a sealed bid auction for lower priced items and many of these sell through the internet. They currently have around 10 million hits per year for sales, which contain up to 3,000 items.

Holt’s main office is on the Sandringham Estate at Wolferton, with representatives worldwide supplying items to these sales. In addition, there is a wish list for clients to source rarer items.
Monthly valuations are also held at Belvoir Castle in conjunction with their famous shoot.

Clients can telephone to book a free valuation for insurance purposes or for sale.

The market is currently very strong.