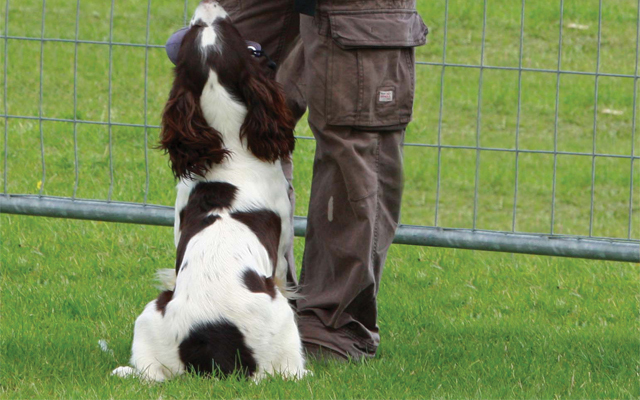 What links May and June? National Shooting Week which starts at the end of one month and shoots into the next. In fact, it is just over a week and a time when many local clubs and organisations hope to see new faces carefully picking up a gun for the first time. We are also nearer than ever to the 2012 Olympics and we have some local hope for a medal or two. Read on for more details and don’t forget to let us have news of your competition results.
SARAH’S ON TARGET
One of our county’s hopes for a Paralympic medal or two is Sarah Woods who is on form at present and a short time ago claimed her first gold and an almost-perfect score at her first international competition.

Aged thirty-five Sarah is based in Lincoln and was representing Great Britain in the Paralympic 10m Air Rifle discipline in Szczecin, Poland at the first International Paralympic Committee (IPC) Shooting World Cup event of 2011. She put in a fantastic performance and came home with a new prone personal best shot of 599 out of a possible 600 and claimed first place in the ‘Falling Targets’ category.

“I was over the moon to achieve my personal best in my prone event and to make it into the final,” she said. “Achieving one point off the maximum 600 was something I’ve worked hard at, and to achieve it at my first international was something I didn’t expect. Winning the falling target event was great; I never thought I’d be returning to Great Britain with a gold medal.”

Woods is one of the latest members of the Lincolnshire Elite Athlete Programme (LEAP) run by Lincolnshire Sports Partnership. LEAP funds and supports talented athletes across the county. Leap Project Officer Rachel Belcher was clearly delighted with Sarah’s success and said:

“Sarah has been working hard in pre-training competitions for the past month, and they seem to have paid off. This is a fantastic achievement for Sarah and we look forward to seeing how she gets on at the other World Cup events throughout the rest of the season.”

Sarah is hoping to compete in two World Cup events between now and November in USA and Australia. All events are Paralympic Qualification Events and give shooters the chance to reach the Minimum Qualification Standard for the London 2012 Paralympic Games.

“I’m hoping to carry on improving so I can be selected to attend future World Cup events that will put me in a better position to hopefully attend the Paralympic Games in London in 2012 and Rio in 2016,” said Sarah.

NATIONAL SHOOTING WEEK
We are now into the fifth National Shooting Week which runs between Saturday 28th May and Sunday 5th June 2011. Since 2007, event organisers up and down the country have helped to introduce thousands of new people to the sport of shooting during this special week.

During this week, clubs and ranges throughout the country are opening their doors to the public and allowing participants to try shooting for the first time. Discounted prices and expert tuition will be available to get you smashing your first clays or hitting your first target, without breaking the bank.

The aims of National Shooting Week are quite simple:-
• To enable anyone to try shooting for the first time
• To promote respect for and understanding of legal firearms and airguns
• To provide opportunities to try Olympic and Paralympic disciplines on a nationwide scale

CLAY CHAMPIONS
The Lincolnshire Clay Pigeon Championships got off to a flying start with Nigel Lovatt taking the trophy for the first competition, Double Rise. Jan Stennett won the Ladies title with Jack Wilkinson the Junior and Derek Olivant the Senior.

Want to know more? Take a look at www.cpsa.co.uk/lincolnshire.

DID YOU KNOW?
Celebrated singing star Elaine Page is a shooting enthusiast and learned many of her skills at White Lodge Shooting School in the north of our county.

BERETTA WORLD SPORTING CHAMPIONSHIPS 2011
UK’s biggest sporting clay shooting competition
1st-3rd July 2011
The Beretta World Sporting Championship is being held on the 1st – 3rd July 2011 at the stunning riverside setting of Meon Springs Fly Fishery in Hampshire. The clay shooting competition is the UK’s biggest and has been running for over twenty years – attendance is a must for every serious Beretta sporting shooter.

There will be an impressive £21,000 prize fund this year. Prizes will be given out to the top ten shooters in each class, and in addition, the ladies, juniors and veterans categories will receive prizes down to third place.

Shooters can enter the competition online at www.berettaworld.co.uk or can call 01489 579999 for an entry form. The closing date for entries is Friday 24th June.