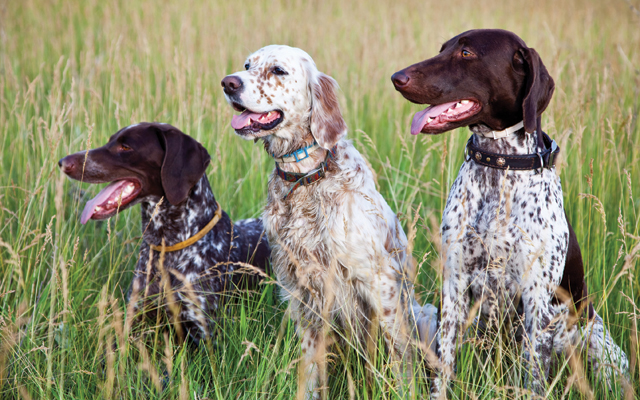 Can it really be June already? The halfway point in the year! Thank goodness there is something very special going on this month: the Lincolnshire Show. As always, there will be plenty for shooting enthusiasts to see and do. But that’s not all, as shooting club activities are going on all over the county throughout the month and it all starts here in Lincolnshire Life!
CLAY PIGEON SHOOTING
This is a good month for clay pigeon shooting and no doubt many of you will be meeting up at the Lincolnshire Show. If anyone wants to contact the Lincolnshire Clay Pigeon Shooting Association for details, here are a few contacts: Chairman, Paul Zaitschenko 01427 811139.

They are a fine and friendly group of people, so if you want to find out what clay pigeon shooting is all about don’t hesitate.

LINCOLNSHIRE SHOOTING CENTRE
We have featured the Lincolnshire Shooting Centre before but make no apologies for revisiting the place, as it continues to get better and better.

As for the club itself there are regular club competitions using some of the best facilities in the county, including a new outdoor 100m rifle range. There are also facilities for air rifle shooting and archery. Those with physical disabilities are most welcome to participate at the shooting centre where full facilities are provided.

The Lincolnshire Shooting Centre can be found at Ingoldmells Road, Burgh-le-Marsh, Skegness, Lincolnshire PE24 5HF or give them a call on 01754 810424.

DON’T FORGET THE DOGS
The United Retriever Club, Lincolnshire Branch will be at the Lincolnshire Show with demonstrations and a marquee. Contact Katie Capps for details on 01775 724074.

The training and competition day held at Scawby Woods recently proved to be a great success. Always a popular venue, Scawby Woods is an excellent training ground as it has so many different types of cover, not to mention inquisitive ponies, sheep and goats.

In the afternoon, each dog did four tests, watched over by judges Doreen Spencer, Will Hales, Karl Sawyer and Gilly Bell. Thanks went to trainers and judges and especially to the members who helped by throwing dummies and putting out blinds.

NEW LINCOLNSHIRE POLICE LICENCE ARRANGEMENT
Lincolnshire Police has announced that it has outsourced its firearms licensing operations to a private security company.

The change is part of a ten-year £200 million deal under which G4S will provide a range of services to the force, including IT and custody services.

She said: “Over a period of two to three years, G4S will be looking to see how it can improve the service by bringing in new technology and taking a look at what is needed to be more productive and more efficient.

“Currently, for example, we need to look at several different systems to carry out checks on applicants and G4S will be investigating how we can reduce the amount of time and work involved in that. The priority will remain providing a good service to certificate holders and ensuring public safety.”

The deal is the widest-ranging outsourcing contract for any police force in the UK and it is believed that at least ten other similar-sized forces around the country are considering following Lincolnshire’s lead.

WANT TO TRY SOMETHING DIFFERENT?
Grimsby Archers Archery Club has a history of more than half a century of continuous membership and in 2002 Grimsby Archers Junior Club was formed.

The Archers are a friendly group aged 10 to 80+ with a wide variety of backgrounds and a wide range of archery skills, from beginners to master bowmen.

Members shoot a wide range of bows, including the traditional longbow, the ‘Olympic’ recurve bow and the more technical compound bow.

Although mainly a target archery club there are also members who are interested in field archery.

During the summer months (May – September) Sunday practise is at Carr Lane Social Club, Carr Lane, Cleethorpes and midweek practise on Tuesdays and Thursdays from 5.45pm until dark. Other shooting times can be organised by arrangement.