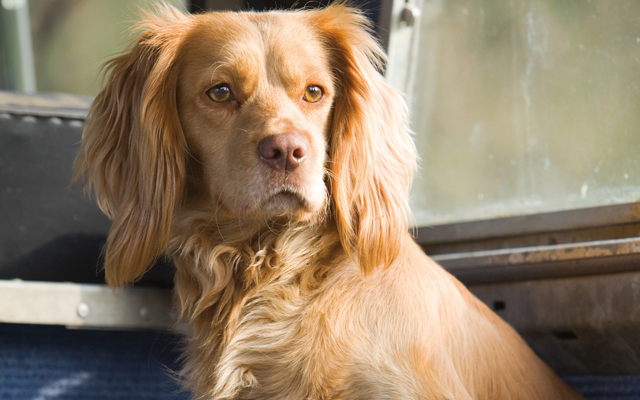 The Gunroom provides the best platform for all shooting pursuits – Send us your news on editorial@lincolnshirelife.co.uk
IN THE FIELD…
By now most of us who are out and about in the countryside, whether for work or recreation, will have hopefully heard a cuckoo. I have to confess that I have only heard one so far and by all accounts I have been lucky, as their numbers appear to be in decline.

According to the British Trust for Ornithology, numbers visiting this country have declined by sixty-five per cent since 1995, but the trust has been very busy delving into the secretive life of this remarkable bird. Using modern technology, in the form of satellite tracking devices attached to birds, the Trust has sought to find out exactly where cuckoos go when they leave our shores.

In 2011 five cuckoos were caught and fitted with the devices. Since then, one bird in particular has made the trip back to Central Africa three times – that includes crossing the vast Sahara Desert six times. Plotting every aspect of its journey, scientists have been able to study exactly where the birds go, where they stop and why. Amazingly, this bird takes roughly the same route down to Africa every year, travelling via Italy before crossing the Mediterranean and the Sahara Desert through Libya and Chad before ending up in either Congo or Angola. On its return it takes a different route, flying across Nigeria to Ghana before heading north over Algeria, over the Mediterranean again before crossing France and returning again to England to the very same locality it left nine months previously.

This bird has done incredibly well considering only forty per cent of birds survive the journey every year. The cost of this research is not cheap, at £6,000 per bird, but the cost is met by private sponsors as well as contributions by other various wildlife groups. Hopefully this research will give us a better insight into how we can best help this iconic bird that epitomises the English summer.

Now half way through the year between the end of the last shooting season and the start of the next, shoot managers and gamekeepers are busy preparing for this year’s intake of reared birds. For those that hatch their own or buy in day-old chicks, the rearing sheds have to be prepared. This includes making sure that all equipment has been well washed and disinfected to prevent disease; making sure that the correct compound food has been ordered and that all the drinkers are working. Above all, the sheds must be brought up to the correct temperature well in advance of the chicks going in; if it is too cold they go into a huddle and many can suffocate.

It has been said that a game bird chick spends the first ten days of its life trying to commit suicide, and I wouldn’t think that is far wrong. Many shoots will buy their birds in as poults, i.e. six to eight weeks old. By this time they are hardened off and can go straight into release pens out on the shoot, where they will live until fully grown and totally self-sufficient in the wild. They will, of course, be under the watchful eye of the gamekeeper who will be on hand to ensure that food and water is readily available and that they are not bothered by predators.

The reared pheasant or partridge leads an idyllic life and wants for nothing, and it is not without a tinge of sadness for both keepers and shooters that they are then shot throughout the season. But this is part of the farming cycle, whereby shooting creates considerable income for estates as well as full- and part-time employment for thousands up and down the country. Better the reared pheasant than the broiler chicken – better on the table too.

Keeping a close eye on your dog at all times is the advice given by police recently. Theft of dogs, particularly gundogs, is at record levels. In 2013 almost 12,000 dogs were listed as missing; of these 723 were Labradors, 429 were Springer Spaniels and 426 were Cocker Spaniels. Thieves have become increasingly aware of how valuable a fully-trained gundog can be and will often go to great lengths to steal them. All too frequently, though, they are used as breeding stock at illegal puppy farms; used until no longer useful before being dumped, or worse.

In the first three months of this year dogs already listed as missing include 160 Labradors, 80 Springers and 97 Cockers. To protect yourself, it’s wise to use microchipping, tattooing and DNA logging as ways of identifying your dog as yours. Signs on kennels alerting thieves to the fact that you have CCTV and that your dogs are chipped will all act as deterrents. It is a serious issue but don’t have nightmares, see you next month.

We are indebted to Mr Tim Lamyman for allowing us to use this fabulous ground, which includes a number of lovely lakes. We also thank Chandlers of Horncastle for so generously sponsoring the event.

A steady breeze provided good scenting conditions for the three tests that made good use of the water.

Test 1 – A shot was fired and a dummy came out from the trees to land in the lake. A blind down a track along the side of the lake had to be picked before the dogs went for the one in the water.

Test 2 – There was a shot and a dummy thrown into the grass just beyond the end of the lake. Before collecting this, the dogs had a fifty-yard swim across the second lake to pick a blind on the far bank.

Once this was retrieved, the dogs had an eighty-yard run along the bank before disappearing from view for the last few yards to collect the mark.

Test 3 – The peg was in a grass field and the test was a hundred yard double mark. The first dummy, which was collected first, was thrown into the field. The second mark was thrown round the corner of a third lake, giving the dogs the choice of running around the corner of the lake or swimming across the end.

After these three interesting and challenging tests, our judges – Martin Eveleigh, Katie Capps and Bel Grundy – took eleven dogs through to a six-dog walk-up in a steep sided valley with woods on one side. Sue Lowe, our chief steward, kept handlers on their toes as the retrieves were a mixture of marks and blinds, some in front of and some behind the line. Each dog had two retrieves whilst in line.

Thanks to our judges, our chief steward and all our helpers for a brilliant day.

This Colt model 1851 Navy .36 was made in 1853 for the Hon D J Monson, in fact Debonnaire John Monson 8th Baron Monson of Burton (1830 – 1900). He served as Captain during the Indian Mutiny of 1857, participated in the recapture of Delhi and was awarded the medal with the Delhi Clasp. Subsequently he married Augusta Ellis, lady in waiting to the Duchess of Saxe-Coburg and Gotha.

From 1870 he was club manager at the Hurlingham Club, under his supervision the game of polo was introduced and became an enormous success. He served as Sergeant at Arms to Queen Victoria’s household for twenty-five years, was comptroller and treasurer to the Duke of Edinburgh’s household and was awarded CVO in 1896. He died on 18th June 1900 in Florence.

The revolver bears his name on the back strap, is in superb condition resting in its red velvet mahogany case with all accessories including powder flask and bullet mould, estimated £5,000 – 8,000, no licence required.

The Monson family descends from Thomas Monson of Carleton, Lincolnshire. The family resided at Burton Hall, Lincoln until 1842 when it is said Debonnaire’s father turned the Hall over to his gardener.